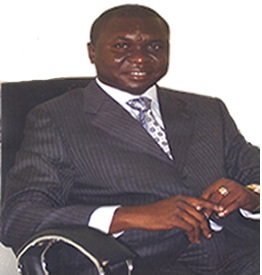 Abuja, Nigeria – 13 October 2014– The Managing Director of First Rotech Group, Chief Austine Oguejiofor, joined other business and political leaders in Atlanta United States to receive a Commendation from the Georgia Legislative Assembly during the African Development Excellence Award, which held on the 10th October, 2014 at the Future events Centre, Atlanta GA, USA.

The honour which was presented to him by Senator Donzella James, representing  Honourable Dee Dawkins-Haigler; Chairman Congressional Black Caucus of Georgia, is in honour of his outstanding contribution to the growth and development of Infrastructure in the Federal Capital Territory, Nigeria.

The event which had in attendance over 70 business and political leaders from the United States and Africa; was organized by African Leadership Magazine to reward excellence and international best practice in Africa’s development.

Senator James in her presentation congratulated the awardees and urged them to continue to provide leadership in their chosen field, which is what the Assembly requests of them with the investiture.  In her words “This resolution from the Senate of Georgia is aimed at encouraging you to be worthy ambassadors in your pursuit of excellence in services delivery”.

They were also presented with the prestigious African Leadership Award for their role in the development of the continent.

Highlights of the events were fashion showcase and musical selection, from some of Atlanta’s best vocalists and designers. 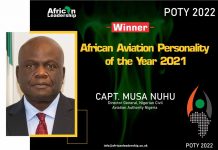