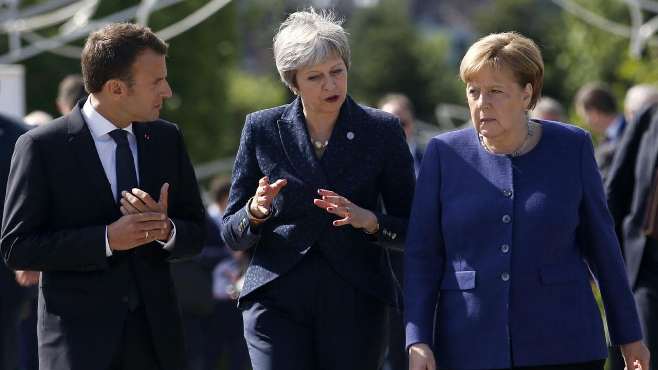 Following China’s almost complete takeover of investment opportunities in Africa, major European nations; France, the United Kingdom (UK) and Germany, including the United States of America are now in the last-minute rush to forge new alliances with Nigeria and other African countries. At the last count, three European super powers have visited Aso Rock in search of new economic alliances in the face of China overbearing presence in Africa’s real economy.

Although French President Emmanuel Macron, was in Nigeria in July, it was perhaps Theresa May, the British Prime Minister, that let the cat out of the bag when last week in Abuja, during her visit to Nigeria as part of her three African countries tour, she reinforced the primacy of courting new business partners in Africa with the exit of the UK from the European Union. As Africa’s largest economy and market, Nigeria fits into its erstwhile colonial masters new gambit.

Available records however show that the Chinese government has pumped billions of dollars into infrastructure projects across the continent, although critics have argued there was often little gains for local economies because Chinese firms and nationals build the roads and rails and also supply raw materials and equipment. This also comes as the US government recently warned Nigeria and other African countries to be wary of Chinese loans. Its immediate past Secretary of State, Rex Tillerson, had said that China “encouraged dependency, utilised corrupt deals and endangered Africa’s natural resources.”