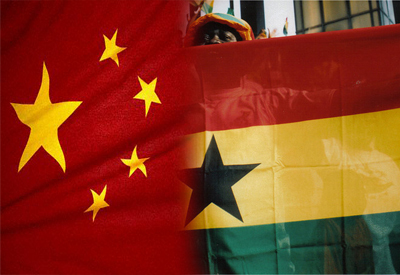 Chinese construction firm Huasheng Jiangquan Group, has offered to invest over $2 billion for the construction of an industrial park in Shama, a small fishing village in the Western Region of Ghana.

The company’s decision to invest in the West African country is based on its peaceful business and political atmosphere which fosters investments recovery, Ghana-based Joy Business, quoted Huasheng Jiangquan Group Chairman, Wang Ting Jiang as saying.

Ghana Trade Minister, Haruna Idrissu stated that construction of the economic industrial park which will start by June this year will create about 5,000 direct jobs. The venture will also open up the Western Region for more investments especially in the area of infrastructure and port development.

According to him, the Chinese investors are coming in without a government guaranteed loan, and hoping that the government would play a facilitating role.

Construction of an industrial park in the Western Region is part of the country’s efforts to make Takoradi, Ghana’s second hub for industrial activates apart from Tema. Shama is located about 20km east of Sekondi-Takordi.