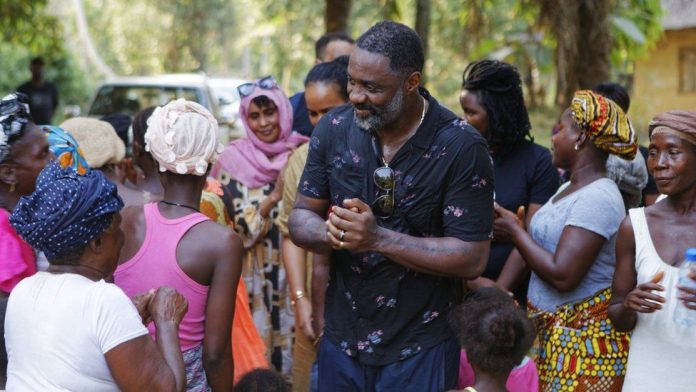 Popular Hollywood actor, Idris Elba and his wife, Sabrina, have expressed their views that African’s can make a positive impact in the fight against climate change.

According to Idris: “There is definitely something that we can all do. You are doing it now listening to this. There is hope.”

His wife Sabrina, who is also an actress and a model, added: “There is a method, there are steps.

“It isn’t just throwing your hands in the air and go ‘the world is on fire’.

“There are solutions, and it’s figuring out what those solutions are and how we can each play a part because we do know that every person can make a difference.

“It is so easy to feel hopeless when you do hear all of that scaremongering, but people can make a change. Each individual person.”

Often, we see climate change as a problem only the world governments can tackle. However, Idris and his wife has a different opinion and believe everyone has a role to play in the fight.

Idris disclosed that he would use his program to “shine a light” on the path of those who are feeling the impact of climate change the most.

“There’s no shortage of voices talking about climate change and the green debate.”  “But not much visibility on the people that haven’t much at all and still suffer climate change.

“We look at small farmers as slightly unrelated to us, somewhere in the Sahara, but that food chain links to all of us.

“The effect is not apparent now, but it will be massively.”

The couple is representatives for the United Nation’s International Fund for Agricultural Development (IFAD).

According to Sabrina, the couple has a strong determination to preserve the planet for the generation unborn.

“We’ve just got married. I want to have children one day and bring them into a world which I don’t think will be destroyed in the coming years,” she said.