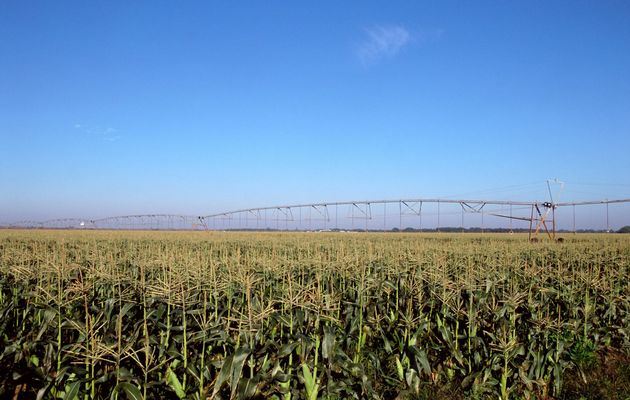 Climate change will claim vast swathes of land needed to grow staple food crops in sub-Saharan Africa, particularly maize, bananas and beans, researchers warned.
Up to 30% of areas growing maize and bananas may become unsuitable for the purpose this century, said the authors of a study in the journal Nature Climate Change.
For beans, “this number rises up to 60%,” said a statement from the International Centre for Tropical Agriculture.
This was based on worst case-scenario climate change projections in which greenhouse gas emissions continue rising unabated and temperatures warm as much as 4.8 degrees Celsius (8.65 degrees Fahrenheit) over pre-Industrial levels this century.
Crops should be replaced with heat- and drought-resistant sorghum or millet to prevent food shortages, said the team.
“Given that solutions such as breeding improved crops can take a minimum of 15 years to complete, the report authors stress the urgency for action,” said the statement.
Banana-growing regions in West Africa will have to change their land use in the next ten years, as will bean-growing regions in Angola, South Africa, Uganda, Tanzania and Zimbabwe by 2050.
“All maize-growing regions in Niger will need to undergo transformation by 2100,” said the statement.
“Around 30% of Benin’s yam growing areas will be unsuitable by the end of the century, as well as 35 percent of Senegal’s groundnut-growing regions.”