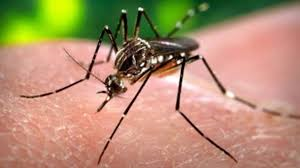 A Columbian businessman, who is visiting South Africa, has recently been diagnosed with the Zika virus, Health Minister Aaron Motsoaledi said.
According to the Minister, “The confirmation of this particular case poses no risk to the South African population as the virus is not transmitted from human to human but through the Aedes aegypti mosquito and or possibly from mother to the foetus in pregnant women”.
“A case of sexual transmission was recently reported in the US but is still regarded as very rare”, he said.
The businessman was diagnosed by a private Johannesburg pathology laboratory. The National Institute for Communicable Diseases is performing a confirmation test.
Motsoaledi’s spokesperson Joe Maila said the businessman presented with fever and a rash about four days after he arrived in the country but he is now fully recovered.
“The infection was acquired in Columbia prior to his visit to Johannesburg for business. Columbia is experiencing a large outbreak of the Zika virus.”