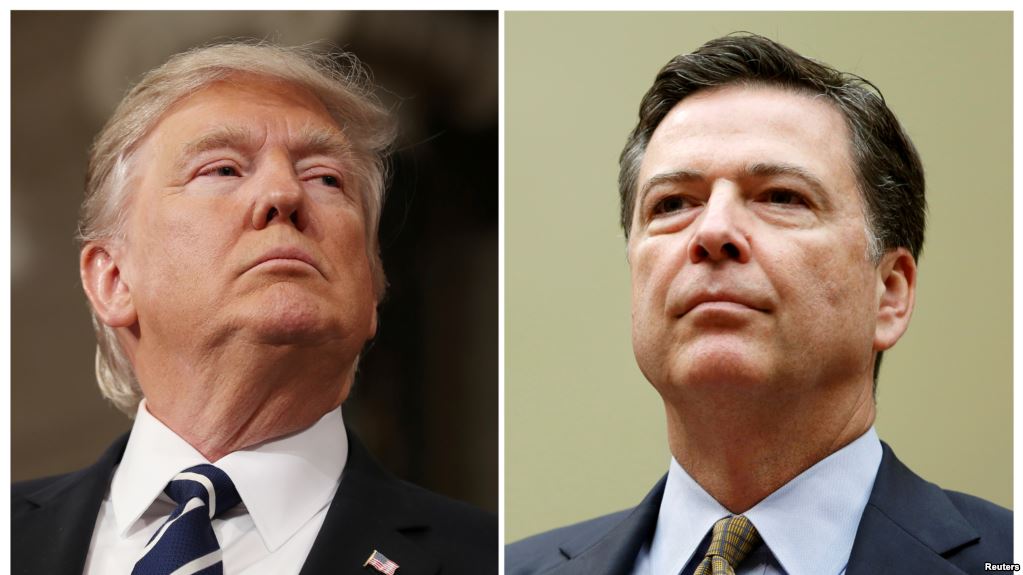 Fired FBI Director Jim Comey, will Thursday testify against United States President Donald Trump who he claimed asked for his loyalty during the White House conversation concerning the agency’s handling of the investigation into the former and current administration officials including himself.

A day before the former FBI Director’s appearance, the committee released an advanced copy of Comey’s seven-page opening statement. In his statement, he gives details of the five separate occasions Trump tried to influence FBI investigation.

“The president said, ‘I need loyalty, I expect loyalty,’ ” Comey recounted about one White House meeting. “I didn’t move, speak or change my facial expression in any way during the awkward silence that followed. We simply looked at each other in silence.”

In his prepared remarks, Comey said he told Trump three times that he was not a subject of the FBI investigation into whether his associates had improper contacts with Russian government officials.

In another passage, Comey will testify that Trump asked him on February 14 to “let go” of the investigation into Michael Flynn, who had been fired as national security adviser the previous day. “I hope you can see your way clear to letting this go, to letting Flynn go.” Comey quotes Trump as saying. “He is a good guy. I hope you can let this go.”

Trump last month denied the allegation of pressuring Comey to close or back down from the Flynn investigation. “No. No. Next question,” he replied to a reporter’s question. The president also rejected allegations that his associates colluded with Russia to influence last November’s presidential election, calling it a “witch hunt.”