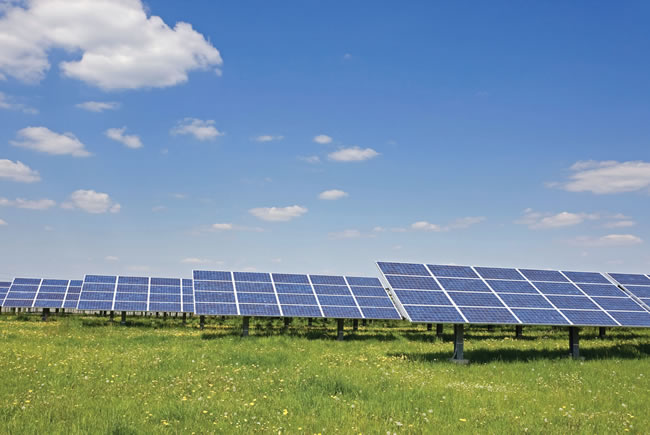 The Emerging Africa Infrastructure Fund (EAIF)/The Fund), which is part of the Private Infrastructure Development Group (PIDG), has signed a Participation Agreement with the International Finance Corporation (the “IFC”) to provide a US$16.9 million B Loan, with a +16-year term, to Central Solar de Mocuba (CESOM), the private sector developer of the Mocuba solar farm in Northern Mozambique. In addition, EAIF is directly providing a US$7m Viability Gap Funding Grant for the Project raised from the Technical Assistance Fund of the PIDG.  The US$76 million plant is due to be completed in mid-2018. It will be a core element in the Mozambique government’s strategy of incentivizing the creation of small and medium-sized businesses in the mainly rural Mocuba area.

EAIF’s umbrella organisation is the Private Infrastructure Development Group (PIDG). Seven governments (and The World Bank) currently contribute funds to PIDG. In the case of EAIF, support comes from the governments of the UK, The Netherlands, Sweden and Switzerland, as well as private sector banks, the German development finance institution, KfW and its Dutch equivalent, FMO.

CESOM has been created to build and operate the Mocuba plant. Its owners are Scatec Solar, an established independent power producer with a portfolio of 322 MW   in Africa, Europe and the Central America; Electricidade de Mozambique (EDM), the national electricity utility and Norfund, the Norwegian Investment Fund. EAIF has previously supported a SCATEC/Norfund solar development in Rwanda. CESCOM has agreed on a long-term supply arrangement with EDM.

CESOM’s Mocuba facility will be the largest solar farm and the first utility-scale solar plant yet built in sub-Saharan Africa (outside South Africa)). In total, some 175,000 households in the immediate region and other parts of the country will be supplied with electricity from the plant, via Mozambique’s national grid.  The output is estimated to be c.80,000 megawatt hours per year. Mocuba will account for c.4.8% of Mozambique’s currently available electricity capacity, but c.40% of the capacity of its Northern grid. 335 locally engaged people are to build the plant and further 13 people will have jobs when it is operational.

Accelerating economic development is central to meeting the needs and unlocking Mozambique’s potential, especially the 45% if its people under the age of 15. The country’s total population is estimated at c 26 million.

“Mozambique is a country of abundant natural resources, vast areas of unused agricultural land and millions of young people who, given the right opportunities, can transform the country into an African powerhouse. Increasing energy production and availability is fundamental to foster economic development, building business confidence, fostering skills and encouraging social and political stability,” says EAIF Executive Director, Emilio Cattaneo.

By locating the Mocuba facility at the centre of the grid serving Northern Mozambique, the daytime electricity system will be more stable and security of supply improved. Introducing solar power also reduces the country’s high dependence on hydropower. The price of power from the Mocuba plant is forecast to be at reasonable levels for the Mozambique market.

Mikkel Tørud, Scatec Solar’s CFO says, “Working with EAIF and Investec Asset Management brought us high levels of expertise, commitment and engagement with a project that has the potential to help many people out of long-term poverty. Their raising of the Viability Gap Funding Grant from the Technical Assistance Fund of the PIDG, also directly help reduce the tariff to be paid by EDM as off – taker and thus the end user.”

“Loans from conventional commercial lenders to projects in fragile states like Mozambique are infrequent and often simply unavailable. Without support from highly specialist and focused funds like EAIF, catalytic progress in difficult investment climates would be often impossible. In this case, we are working with an established and experienced client and a government focused on creating a stronger electricity sector to facilitate jobs, business creation and greater social cohesion,” says Nazmeera Moola, head of EAIF at Investec Asset Management.