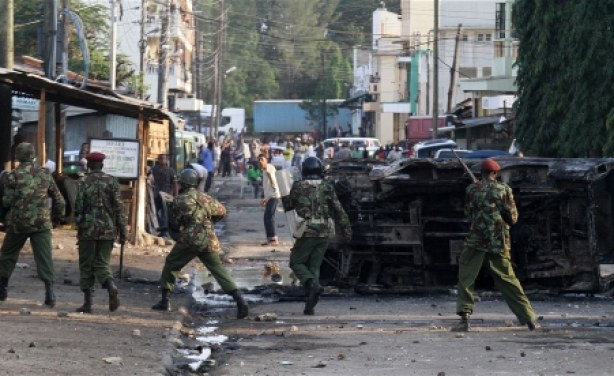 The security Bill if passed into law will be a step in destroying the foundations of the Constitution of Kenya, the International Center for Policy and Conflict has said, becoming the latest institution to oppose it.

“If the Security Laws Bill is passed in the National Assembly and Senate, the next casualty, in addition to human rights and fundamental freedoms, will be devolution,” ICPC said in a statement on Tuesday.

The opposition comes as the Security Laws (Amendment) Bill 2014 is scheduled for a third reading in February next year.

ICPC said that while the state of security in the county must be addressed, measures proposed in the contentious bill are the wrong approaches to mitigating the situation.

The institution added that Uhuru in supporting the law is absconding his mandate to ensure the full implementation of the constitution.

“President Uhuru Kenyatta’s government is yet to offer and take concrete steps necessary to establish democratic policing foundations of a stable democratic state, notwithstanding the passage of the Constitution of Kenya 2010 with a whole chapter on national security and previous taskforces/commissions reports’ recommendations,” ICPC said.

The NGO further faulted a section of the National Assembly and the Senate for supporting the Bill saying the two houses are being compromised.

“President Uhuru Kenyatta’s increasing intolerance to strong opposition, robust civil society and independent media is the hallmark of despotism. The Executive has succeeded in capturing the National Assembly and reducing it o a rubber-stamping institution,” the NGO said.

ICPC continued to say; “The National Assembly, by accepting to allow the Security Laws (Amendment) Bill 2014, is undermining Constitution, attacking nascent constitutional democracy and weakening already fragile institutions by continuing to tolerate and shield corrosive graft in institutions of governance rather than tackling the mince that is blocking reforms.”

The NGO further questioned the rationale behind deploying the army to solve external security threats yet they are not properly trained to handle internal matters in a manner that maintains acceptable use of force.

“Experience has shown that deploying the military cannot be a substitute for building a credible, impartial and accountable national police service that fights crime with the human rights- respect, professionalism, trust and cooperation of ordinary people.

“Military training and tactics are often at odds with what is needed for effective policing; soldiers are trained to use the maximum force necessary to combat enemies, not to deter or investigate crimes and interact with the population,” ICPC said.

ICPC noted that the insecurity issue is not a legislative one, but a political one.

“Kenya will never manage to achieve its considerable potential without an honest, efficient accountable policing and criminal justice system. The problem is not the deficit of laws. It is lack of political will to implement constitutionally sanctioned police and other security sector reforms,” the NGO said.