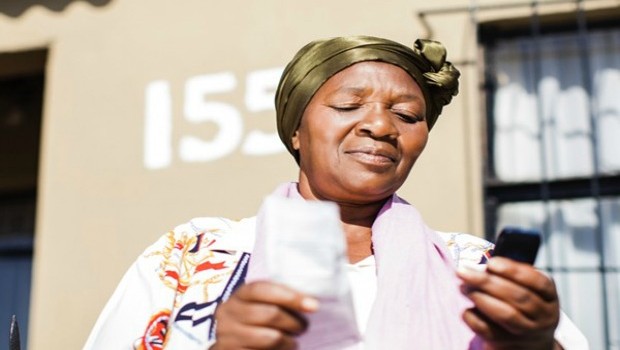 Connected East Africa is perhaps testament to the level of frenetic tech activity in Nairobi, Kenya, that once each year the entirety of the city’s tech stakeholders decamps to the coast to restock, though the ocean and the perfect golf courses also provide a draw.

Yet this year’s the event did consider in detail what the country has already achieved, and what it hopes to do over the course of the next year. The steps forward taken by the East African nation in terms of automating government services were highlighted.

Huduma Bora centers that seek to put all government services in one place, have been a real success, while the country’s Higher Education Loans Board and largest bank by assets, Kenya Commercial Bank, have launched a student smart card to speed up loan disbursements.

The east African nation also launched an e-procurement system earlier this year.
“We are seeing a situation where government services are coming online and starting to eliminate some unnecessary costs,” said Microsoft 4Afrika director Louis Otieno.

“The government is starting to act like the private sector. You’ll see initiatives like government innovation platforms that are being created where we get young people to develop applications especially for government.”
Kenyan government services automation drive is far ahead of other East African countries, but also leads most of the continent.

Most public services in South Africa and Nigeria still involve long queues, and there is little suggestion of this changing in the near future. Even South African government record-keeping is not digitized, undermining service delivery, hurting accountability and assisting corruption.

Nigeria has only just begun the rollout of its national e-ID cards and citizenship database.
“Startup Discussions”

Startups were also prominent in the discussions at Connect East Africa.

“Startups and SMEs are improving the overall competitiveness of the African continent,” Awisoka said, adding that the government “need to share data to help SMEs run their businesses.”

In line with sharing information, Microsoft launched Biz4Afrika, an online portal for SMEs providing access to information and an online community for entrepreneurs in Kenya, during the event. The programme was piloted in South Africa and will be made available in other African countries in due course.

In March, Kenya’s Ministry of ICT and the ICT Authority launched Enterprise Kenya, a project aims at supporting and building the country’s technology entrepreneurship ecosystem. The ministry has also plans to invest undisclosed amount in at least 50 startups this year.

Konza Techno City, the tech behemoth that has been on the horizon for years, was also represented at the event. Generally touted as a home to technology-based multinational corporations, Konza is keen to reach out to local tech startups, according to John Tanui, the chief executive at Konza Technopolis Development Authority.
“We have the vision to be the innovation hub of the region,” Tanui said. “We want to see startups finding their home in Konza, and walking alongside the multinationals.”
Kenya is not, however, ahead of the game when it comes to startup support.

Corruption hurting projects
The government is playing catch-up in this respect compared to Nigeria, which raised $16.2 million in funding for local startups last year, as well as launched the iDEA incubator programme. In South Africa, particularly in the Western Cape, the government is heavily involved in the local startup ecosystem.
This lack of government support over the past few years is perhaps one of the reasons why Kenya’s tech startup sector has stagnated of late relative to other countries.

Bitange Ndemo, former permanent secretary at Kenya’s Ministry of ICT, said the country’s development as a tech hub was being held back by corruption and “tenderpreneurs”, who take advantage of lax procurement regulation to steal from the government.

Ndemo said current procurement and public ­private partnership (PPP) laws had created a legion of “tenderpreneurs”, who only undertook technology projects that benefit them.
A few examples of projects that were high jacked by “tenderpreneurs” include the flagship laptops-for-schools project, that stalled after procurement irregularities, and the rollout of Wi-Fi connectivity in the Rift valley town of Nakuru, which was delayed after Orange was ditched as a supplier and replaced by Liquid Telecom under unclear circumstances.

The country’s digital migration process has also been mired in uncertainty after a suspicious Chinese company hoarded most of the digital frequency.