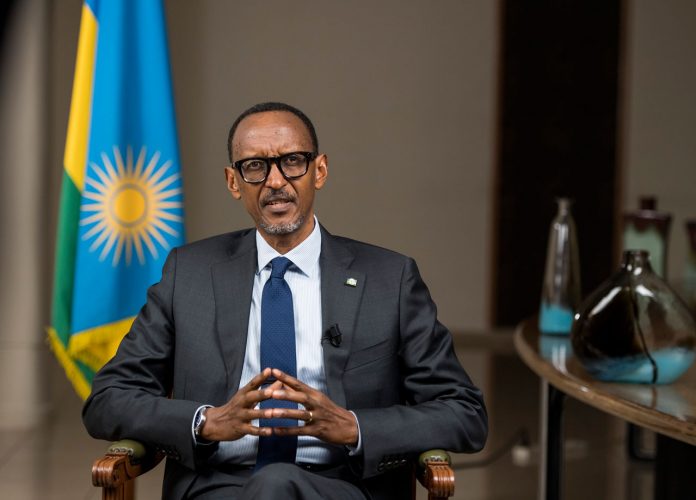 The President of Rwanda, Paul Kagame has reiterated his position, that corruption is not exclusive to Africa and Africans, but a global problem that should be tackled as such. President Kagame made this known during the Newsmaker Interview, moderated by Ghida Fakhry, Aljazeera News anchor and Master of Ceremony, as part of activities marking the 19th Edition of the Doha Forum 2019. In his words, “there needs to be more collaborative efforts to combat the spread of corruption in Africa.” Continuing the president maintained that, “countries in the West that receive the embezzled assets and benefited from it are considered partners in spreading corruption.”
He also added that, the this issue has been discussed with the neighbouring countries as a serious impediment to the efforts of progress and development, stressing that there is a real determination to continue the fight against all possible forms of corruption and eradicate this culture from Africa.

On democracy and governance in Africa, the President maintained that, western prescriptions for resolving and managing issues could not be applied to other countries as these have their own failures and things should be addressed within their context.

Hear him, “change of leaders and presidents is not an end in itself and should be considered within the context of the choice of the people.”
While responding to a question on whether he would run for another term in office, he said change should be dependent on the context and what the people have decided. He said he personally would like to enjoy his life and would not like this to happen, but the situation at that time would determine the decision.

Kagame stressed that great things have been achieved in Rwanda but work is still in progress and challenges need to be overcome.

“There are a number of problems to deal with, in particular regarding the history and geography of the country, and they are working hard to resolve them,” he said.

Asked whether he liked the idea of being the “darling of Europe”, he said it is up to them to call him so but he is looking for co-operation and partnership and not dictation.

President Kagame is credited for his efforts to end the ethnic cleansing and clashes in Rwanda and maintaining peace, stability and security of the country.

Regarding the precious metal wealth of Rwanda, Kagame stressed that he wants to introduce the metal processing industry in the country rather than exporting them as raw materials to give the people of the country the maximum possible benefit in partnership with investors from around the world.

The Doha Forum which was established in 2000, is platform for global dialogue on critical challenges facing the world. The Forum was designed to promotes the interchange of ideas, discourse, policy making, and action-oriented recommendations. Founded on a three-pronged approach of Diplomacy; Dialogue and Diplomacy; the Doha Forum has become a global platform for exchanging ideas and finding solutions in a world where borders are porous, and challenges and solutions, interlinked. It is the premier policy forum in the Middle East, designed to galvanize thought provoking debates on dialogue, diplomacy and diversity. This year’s forum has brought together policymakers, world leaders, and experts from around the world under the theme “Reimagining Governance in a Multipolar World”.