African Leadership Magazine
Home Cover Story The Ogoni Roundtable in Perspective – A people on the rise, against... 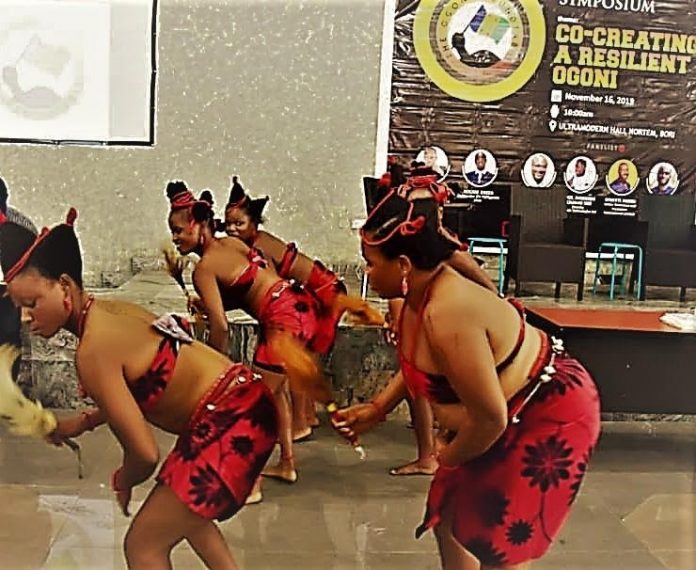 Recently, the Ultra-Modern Townhall, Nortem in the heart of Bori, the Traditional Headquarters of Ogoniland, came alive with individuals, mostly indigenes, who were obviously fed up with what the organizers perceived as the dwindling fortunes of the Ogonis – politically, economically and socially. It was a One Day Symposium tagged ‘The Ogoni Roundtable’, an initiative conceived by Mr. Nwinadum Dennis Wey and his team, and premised on the burning desire to change the current seemingly unprogressive narrative around the Ogoni people to one that breeds a sense of identity and aimed at conjuring a customised development approach in a way that optimises the peculiarities of the people. The organizers vision is aimed at making a deliberate mind-set shift from what it used to be in order to compete favourably with the rest of the world.

Over the years, the Ogonis have demonstrated great resilience collectively and individually; and the people have refused to be overpowered by the multiplicity of challenges that have bedevilled them, chief amongst which is the environmental degradation they have had to grapple with for decades.

Albeit, in recent times, it has been observed that some of the actions and inactions of the people tend to have swayed from the ideologies that they are known for and the notable values that typify them. Perhaps due to bad relationships and interaction, misplacement of priorities or wilful loss of enthusiasm, It became necessary to draw a thematic nexus between the issues and possible solutions. Also, to spark up and re-awaken the resilient spirit of the Ogonis and their core values of hard work, integrity, bravery and respect, the theme of the roundtable was chosen as CO-CREATING A RESILIENT OGONI. 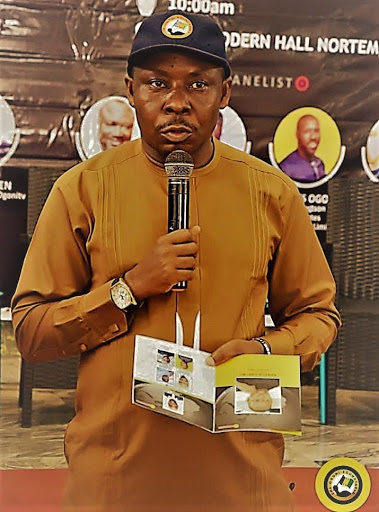 Just before the interactive panel session on the day, the convener, Mr. Nwinadum Dennis Wey  and Mr. Ndume Green during the opening session, held the listening and enthusiastic audience spellbound with their respective lectures on the topics “Developing the ‘Now’ Leaders” and “Social Media and the Ogoni Identity”, respectively. These speakers, drawing from their reservoir of knowledge, variedly and captivatingly inundated the audience with the principles of leadership required for contemporary Ogoni, as well as the pros and cons of the social media and the exigency to reinvigorate the core value system of the Ogonis.

The panel session had eminent resource persons who were carefully selected owing to their vast knowledge on a plethora of topics. These were Individuals who have distinguished themselves in their respective fields. They included Dr. Sorbarikor Lebura, a lecturer in the Department of Management, Rivers State University,  Dr. Nwiepe Naata Michael, a lecturer in the Department of Marketing, Kenule Beeson Saro-Wiwa Polytechnic, Bori. Also, on the panel were Mr Nwinadum Wey, the progenitor of TheWeyWay and the convener of the Ogoni Roundtable, a Safety Professional with over a decade experience in the oil and gas sector, and moderated by the veteran Journalist, Mr. Ndume Green.

True to their billings, the panellists engaged the audience with their depth of knowledge on variety of issues. It was as interesting as it was engaging and participatory. Members of the audience weighed in with their questions and contributions. The panellists were able to critically examine and proffer practical solutions to dire and most stringent issues thrown at them by participants. Every facet of the Ogoni existence was touched; Culture, Ethics, Language, Politics, Education, amongst others.

Ogoni is known for her rich and unique cultural heritage, therefore it was not surprising, when the Divine Cultural Dancers, (Koo Dancers), a group comprising adorable maidens, adorned with beautiful costumes, enthralled the crowd with scintillating dance steps showcasing the typical Ogoni waist dance; swinging their waists excitingly from side to side- A performance that got the audience cheering.

The crowning stroke was the announcement made by the CEO, Geo-Ogoni Limited, Engr. Dum-awara Ndoo who stated that the company would fund business ideas of three Ogoni youths who were participants at the the event. He directed that applications be submitted to the Company’s Management Consultant, Dr. Sorbarikor Lebura.

Also, in a goodwill message to the roundtable by Dr. Ken Giami, Chairman of the African Leadership magazine group, he called on the ogoni people to rise above the internal blame games that had over time caused acrimony and internal crises, and rather deepen connections within themselves, and commit to supporting the Ogoni first narrative, until it becomes a rallying cry of Ogoni First, Ogoni Now, Ogoni Always!

The roundtable ended with participants committing to becoming change agents in all the areas of the Ogoni existence.