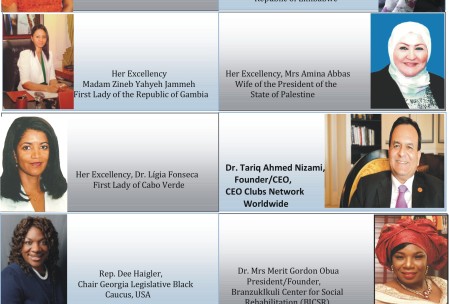 The Africa-Middle East-Asia Women Summit (AMEAWS), an unprecedented tripartite summit; aimed at bringing together, the most influential and prominent women as well as key stakeholders in the Africa, Middle East and Asian regions, under one roof to discuss the need to recognize and seize the untapped and profitable opportunities that women economic and political engagements represent; is here again!

The 2nd edition, which kicks off tomorrow, 20th November, 2014 at the Hilton Dubai Jumeirah Beach Resort, has as theme– “Emerging Economies: Closing the credit gap and investing in women for sustainable growth”.

The first edition, which recorded an attendance of over 500 delegates from 32 countries in the year 2013; goes down history asthe largest gathering of women and key stakeholders from Africa, Middle East & Asia.

In this 2014 edition, there is a mixed feeling of a high level of anticipation and exhilaration, among women of diverse status and climes; as they troop into Dubai for this one-of- a kind summit.

Highlights for the 2014 edition include:

*The Heroine’s Journey Panel Session; aimed at sharing the success behind leading female entrepreneurs and CEOs from Africa, Middle East and Asia as well as the opportunities that exist for women in their present sector or line of business.

* Business Beyond Profit Panel Session; aimed at showcasing leading Initiatives that create opportunities for women entrepreneurs and ways of replicating same model in other regions

Watch this space for more details, as the event unfolds!