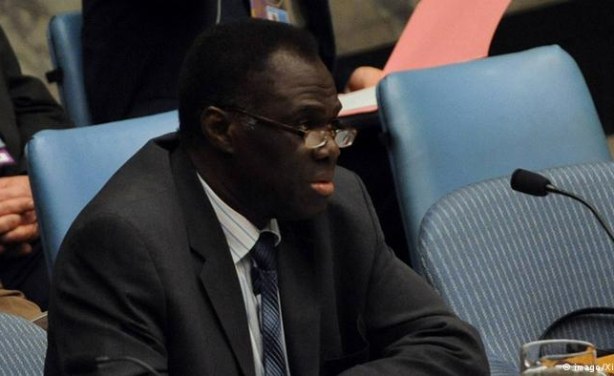 A special committee has chosen Michel Kafando as Burkina Faso’s interim president, to lead the country until elections next November. Authorities in Ouagadougou were under international pressure to restore civilian rule.

Kafando, one of five candidates, was chosen as part of a charter agreed after longstanding President Blaise Compaore was toppled by mass public protests on October 31. Soon after his ouster, Lieutenant Colonel Isaac Zida assumed control and suspended the country’s constitution. Burkinabe officials were then under African and global pressure to bring a swift end to the military leadership.

A 23-person committee, drawn from the army, traditional and religious groups, civil society and the political opposition, made the appointment after Sunday’s negotiations ran into the early hours of the following morning.

“The committee has just designated me to guide temporarily the destiny of our country,” Kafando told journalists and the committee afterwards. “This is more than an honor. It’s a true mission which I will treat with the utmost seriousness.”

The African Union had given Burkina Faso’s army a two-week deadline to restore civilian leadership or face sanctions, although the continental body appeared to soften this particular stance as the nominal deadline drew near.

Kafando, 72, served in various positions during Compaore’s 27-year rule, including as the country’s ambassador to the UN, where he served as rotating Security Council president for one year. The army had proposed him as a candidate.

His next task will be to appoint an interim prime minister, who in turn should appoint a 25-member temporary government. The interim leaders will not be allowed to stand in the country’s next elections.

Prior to Compaore’s exit, elections were scheduled in Burkina Faso for November 2015. The interim government is charged with keeping to this schedule. Compaore’s attempts to alter the constitution and allow himself an extra term in office helped spark the protests that toppled him.