African Leadership Magazine
Home Highlights COVID-19: A period of repositioning for Strength and renewal for Africa –... 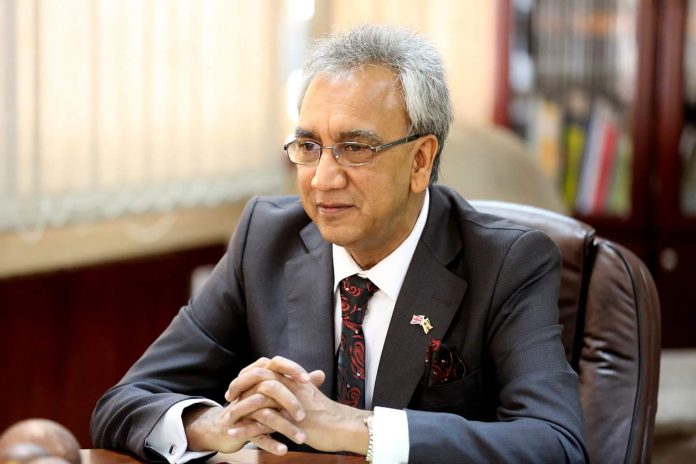 The UK Prime Minister’s trade envoy to Rwanda and Uganda, Lord Dolar Popat, speaking at the African Leadership magazine’s 4th annual Africa Summit on 25 June 2020. Has called on African leaders to see COVID-19 crisis as the best opportunity to change its mindset and position the continent as the next labour market of the future.

The Summit which was hosted by the Publisher and CEO of the magazine, Dr Ken Giami, had the Secretary-General of the Commonwealth, Baroness Patricia Scotland, the Prime Minister of the Kingdom of Eswatini, HE Rt. Hon. Ambrose Dlamini, Vice President of Liberia, HE Jewel Howard-Taylor the UK Prime Minister’s envoy to Rwanda and Uganda, Lord Dolar Popat, all delivering incisive and challenging keynote addresses. Which has placed an urgent demand on African Leaders to maximize the gains of COVID-19, which may never be regained if lost at this time, and position the continent for the immense benefits of rethinking the African strategy, in the coming years.

In his address, the UK Prime Minister’s Envoy, Lord Popat spoke passionately about Africa, his continent of birth and some of his major contributions to Africa as Trade envoy; and also, as a business leader himself. He described this period as a crucial moment of change and renewal for Africa, stating that this exceptional crisis requires exceptional responses across the world and particularly in Africa.

Stressing on the need for the continent to urgently embrace the partnerships and  immense opportunities the pandemic presented, Popat emphasized the UK government’s keen interest in doing business with African countries, as he said, “Africa has substantial economic potential, and we want the UK to be the investment partner of choice for African nations.”

He expressed that, in jump-starting Africa’s economic recovery, “Africa must redesign itself”.                                                             Describing agriculture as Africa’s culture with its huge potentials yet to be fully harnessed by the  -continent, he called on African leaders to develop the capacity to export – processing and packaging of Africa’s agricultural produce to enable the continent to play big in the world’s food market. Furthermore, he emphasized the need for Africa to industrialize and become a major manufacturing hub, with increasing Chinese sentiments and global fondness moving out of China, he believes that “this is Africa’s time to become an alternative destination if they organize themselves better.”

Addressing the challenges contesting with the continents numerous opportunities, Lord Popat expressed displeasure at the low ranking of a majority of African countries in the World Bank Group’s “ease of doing business” report. He encouraged African government to rise to this challenge by designing policies that will enable African businesses to access foreign capital at low-interest rates.

Having assured Africa of the United Kingdom’s unwavering support and commitment to Africa’s economic recovery and development post-COVID-19, Lord Popat made it abundantly clear that “as we recover from COVID-19, we must remember that with Africa’s young demography, The future is really Up to Africa.”

The Summit traditionally holds in London UK, but, held virtually this year due to the COVID-19 disruption. The event is part of African Leadership magazine’s response to the debate on resetting Africa’s development priorities post-COVID-19.