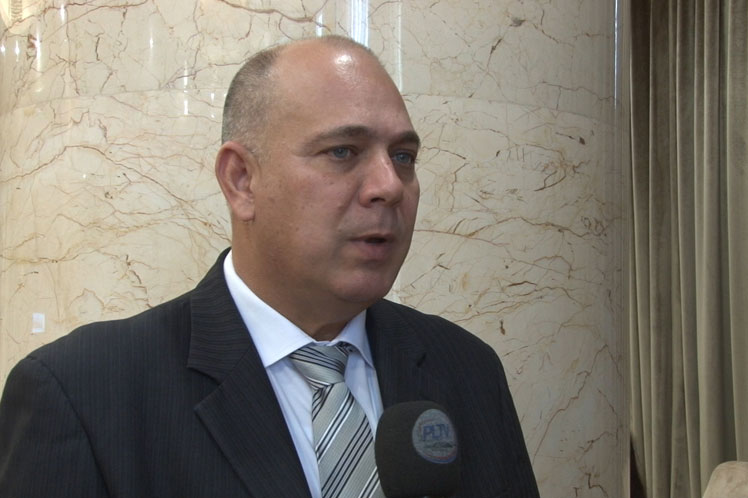 Cuban Vice President Roberto Morales Ojeda described as very satisfactory his visit to Equatorial Guinea, during which he had the opportunity to congratulate the people and government of this country for the 50th anniversary of their independence.

In exclusive statements to Prensa Latina shortly before boarding the plane, Morales stated that the stay in the African country was not only used to exchange with local authorities and congratulate them for the 50th anniversary of the nation’s independence from Spain, but it was also a possibility to witness the reality of a country that takes safe steps towards development.

We met with President Teodoro Obiang Nguema, Prime Minister Francisco Pascual Obama, Senate Speaker Teresa Efua Asangono, and State Minister of Health and Social Welfare Salomon Nguema, whom we congratulated on behalf of the Cuban government and people, he said.

We also talked about the possibility of expanding collaboration in such important sectors as public health and education, in which Cuba and Equatorial Guinea have maintained a relationshop over the past few years, although we have possiblities to increase it considerably, he stated.

On the last day of his visit, which started on October 10, the vice president toured places where Cuban collaborators live or work and he was interested in their living conditions, while insisting on the need to take care of health and always raise the name of Cuba high.

Morales Ojeda was one of the guests of honor at the president’s box to attend the military and popular parade to celebrate the 50th anniversary of the independence of Equatorial Guinea.

One day after his arrival, the former Cuban minister of health met with President Obiang Nguema and thanked him for the unconditional support for Cuba in its crusade against the blockade imposed by the United States for almost six decades.

At the same time, Obiang Nguema conveyed an affectionate greeting to the first secretary of the Cuban Communist Party of Cuba, Raul Castro, and President Miguel Diaz-Canel, while encouraging dialogue on international political issues.