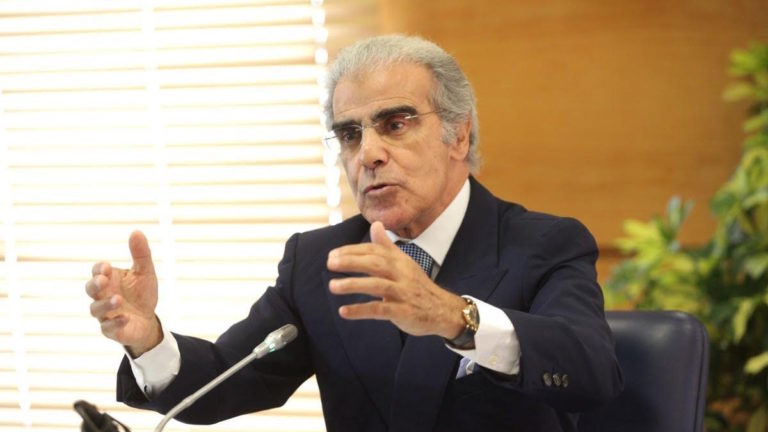 US magazine Global Finance has once again commanded the efforts of the governor of Morocco’s Bank Al Maghrib, Abdellatif Jouahri.

On the sidelines of the annual meetings of the World Bank and the International Monetary Fund in held from October 8 to 14 in Bali, Indonesia, Jouahri received a trophy with an “A grade,” which is the highest distinction awarded by Central Banker Report Cards 2018 from Global Finance.

Jouhari said he was honored by the award, which represents a “perfect recognition for the achievements of Bank Al Maghrib and the good accomplishment of its missions in accordance with international norms and standards.”

This is the second time in a row that Jouhari receives the same prize. The magazine named him best central bank governor in 2017 as well.

According to the magazine, “Bank Al-Maghrib has kept its benchmark interest rate unchanged at 2.25% so far this year. The central bank expects real GDP growth of 3.3% in 2018 and 3.5% next year.”

During the same meeting, Jouahri won a second prize: the best Central Bank governor in 2018 for the Middle East and North Africa, awarded by Global Markets newspaper.

In a statement to Maghreb Arab Press (MAP), Jouahri said that these two awards recognize “the work done by the entire central bank of Morocco.” He added that the monetary institution will continue to work to promote Morocco’s financial and economic situation.

The editor in chief of Global Markets Toby Fides told MAP that “Jouhari has benefited from monetary policies as appropriate as adapted to preserve price stability in the kingdom.”

The annual ranking, which evaluates the performance of governors from nearly 83 countries, is based on a scale from “A” to “F”.