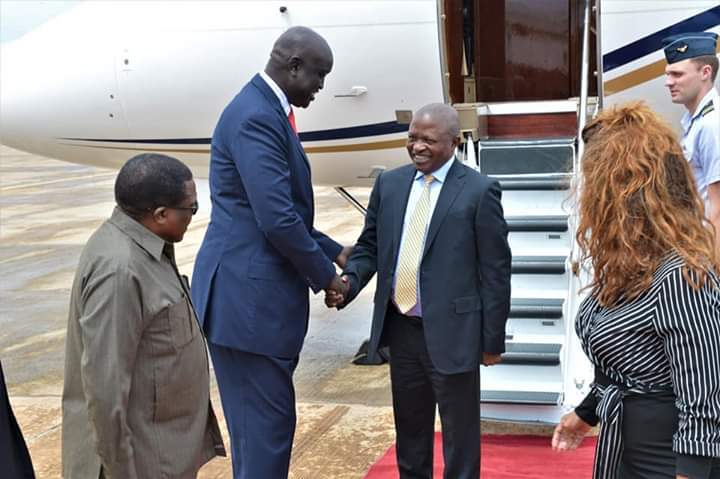 South African Vice-President David Mabuza who is also the deputy chairperson of the ruling African National Congress (ANC) has arrived in the capital Juba for a two-day state visit aimed at pursuing South Sudan government to commit to peace agreement signed in September.

There has been concerns that the agreement, just like the previous one, may collapse due to lack of commitment by the parties to the agreement.

The South Sudan Presidency announced in a statement seen by the Nyamilepedia the arrivalso of the South African deputy head of state for a two-day visit.

“The Deputy President of South Africa, H.E David Mabuza arrived to Juba on a two days State visit,” the Presidency said in a statement seen by the Nyamilepedia.

The South African politician will meet president Salva Kiir Mayardiit over the fragile peace process signed last month in Ethiopia between the government and a number of opposition groups including the SPLM-IO led by former First Vice President Dr. Riek Machar Teny-Dhurgon.

He is also expected to visit regional members of the Intergovernmental Authority on Development (IGAD) to discuss how permanent peace could be achieved in the young African country.