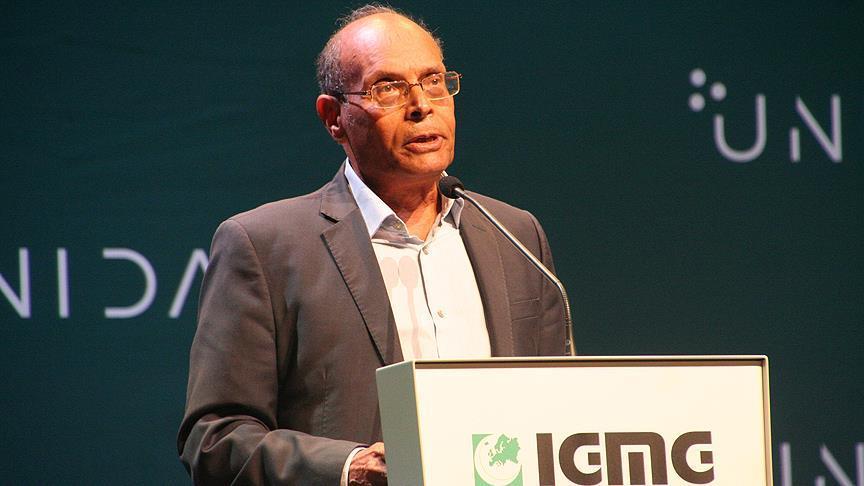 The former president of Tunisia thanked Turkey on Saturday for aiding over 3 million Syrians who fled “war and dictatorship”.

“As an Arab, I would like to express my thanks to Turkey for opening its territory and heart to 3 million Syrians who fled war and dictatorship,” Moncef Marzouki said during a Turkish-Islamic Community National View (IGMG) meeting .

“As a Muslim, I express my gratitude to Turkey for making an image of a successful Muslim country that is worthy of respect,” Marzouki added.

Marzouki, who is also a human rights activist, said that he would like to express his gratitude one more time to Turkey and to Turkish President Recep Tayyip Erdogan for the “brotherly help” to the Tunisian revolution.

Turkey hosts more Syrian refugees than any other country in the world. The country has spent more than $32 billion from its own national resources for helping and sheltering refugees since the beginning of the Syrian civil war.