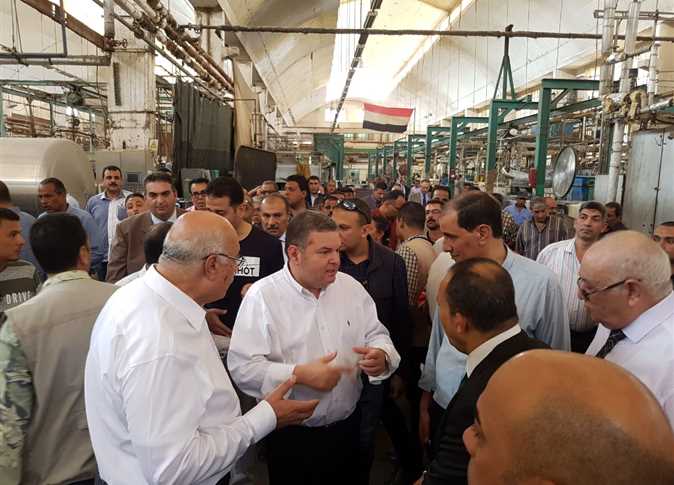 Minister of the Public Enterprise Sector Hisham Tawfiq announced on Saturday that a comprehensive development plan for the spinning and weaving industry within the ministry’s companies is underway, to be implemented over three years.

The plan will include development of cotton spinning companies through weaving, dyeing and processing, Tawfiq said.

Tawfiq’s announced came during his Saturday visit to the Misr Spinning & Weaving Company in al-Mahalla al-Kubra City of the Holding Company for Cotton, Spinning, Weaving and Clothing, a company at the Ministry of Public Enterprise Sector.

The minister explained that the company’s development plan aims to increase operational capacity in a single shift and increase the number of work shifts, thereby increasing production capacity.

He said that the company would see large investments, particularly for the dyeing and processing stages.

During his meeting with the company’s board of directors and representatives for the employees, Tawfiq stressed the need to improve the costing and pricing systems for the products, develop an effective marketing plan and open new export markets.

He suggested raising awareness among workers about the development plan’s objectives, which positively reflects on the performance of the company and the employees.

“We have to promote the textile and clothing industries to compete in the global market,” he said.

Tawfiq also demanded to develop plans and urgently inventory the company’s machines, productive capacity and advancement of the company’s sectors in a timely manner according to a schedule proportionate with the ministry’s government program.

He stressed the need to develop a plan to restructure and manage the assets of the company according to international and government standards, which is commensurate with the global and international economic and investment climate in the next stage.