African Leadership Magazine
Home Business & Economy With border open, Ethiopia and Eritrea are back in business 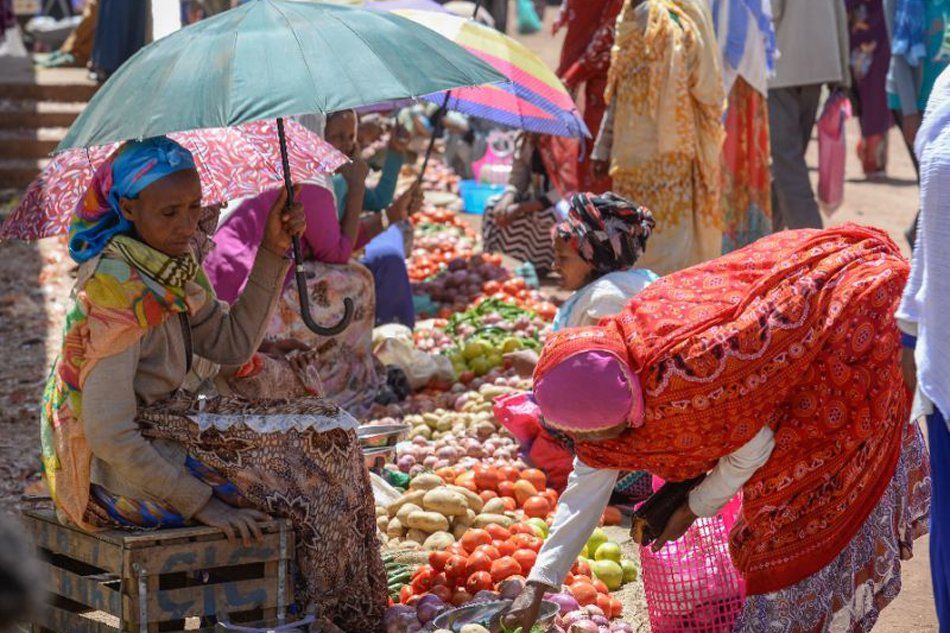 For two decades, little besides soldiers, refugees and rebels moved across Ethiopia and Eritrea’s closed border, but today the once-barren no man’s land teems with activity.

Horse-drawn carts, buses full of visitors and trucks piled high with bricks and plywood make their way across the frontier, watched by relaxed soldiers from the two nations’ armies who just months ago stared each other down from trenches carved into the rocky soil.

After 20 years of bloody conflict and grim stalemate, the Ethiopia-Eritrea border is bustling once again, revitalising frontier towns and allowing the countries’ long-estranged populations to reacquaint themselves.

“We have everything we didn’t have before, from the smallest to the biggest products,” said Abraham Abadi, a merchant in the Eritrean town of Senafe whose shop is now filled with biscuits, drinks and liquor made in Ethiopia.

Yet the border’s re-opening has sparked a surge in refugees and also raised concerns over the black market currency trade that some fear will destabilise the economy.

Once a province of Ethiopia, Eritrea voted for independence in 1993 after a bloody, decades-long struggle.

A dispute over the the border plunged the neighbours into war in 1998, leaving tens of thousands dead in two years of fighting.

The conflict continued as a cold war after Ethiopia refused to honour a UN-backed commission verdict demarcating the border, a policy Ethiopian Prime Minister Abiy Ahmed reversed in June.

Flights restarted and embassies re-opened shortly afterwards, and in September, Abiy and Eritrean President Isaias Afwerki re-opened the crossing at Zalambessa, an Ethiopian town on a major route into Eritrea.

The opening was transformative for the town, a strip of shops and restaurants damaged in the war and economically paralysed by the border closure that now bustles with shoppers.

“We’re selling sandals and these shida shoes,” said trader Ruta Zerai, gesturing to a pile of the open-toed footwear popular with Eritreans.

In Senafe, a trading hub 23 kilometres (14 miles) north of the border, the impact of the rapprochement is clear.

Twice a week, organised groups of Ethiopian merchants cross the border, marked by a bare strip of earth only recently cleared of anti-tank mines, for Senafe’s market days.

They bring with them recharge cards for the Ethiopian telecom whose service can be picked up in parts of the town and teff, the once-scarce grain needed to make the staple injera food.

“I live where I can get a job. As long as I have a job, I’ll stay here,” Sanle Gebremariam, an Ethiopian currency trader working in Senafe, said at a roadside where busses from both countries congregate.

Heading in the opposite direction are thousands of Eritrean refugees fleeing the country’s repressive government and stagnant economy.

Eritreans, many of whom aim to reach Europe, came across the border when it was closed, but the UN says arrivals in Ethiopia have increased nearly eight-fold since its opening.

Meanwhile, Ethiopian traders are grumbling over the unstable value of the Eritrean nakfa against their birr currency.

“We’re trading together, but the exchange rate is unregulated, unstable and illegal,” said Taeme Lemlem, a bar owner in Zalambessa, echoing similar complaints, made before the border war, that were never resolved.

Getachew Teklemariam, a consultant and former Ethiopian government adviser, said the unregulated trade at the border, where there appears to be little customs or immigration controls, risks opening a “shadow monetary front”.

“The exchange rate is being governed by largely speculative perceptions from both sides of the border,” said Getachew. “The overall trade scenario has to be guided by some strategy.”

Both countries’ governments have said they hope the renewed trade links will boost their economies.

But the neighbours are not equals. Eritrea’s economy has underperformed since the war, while Ethiopia has grown at some of Africa’s fastest rates, which hasn’t escaped the notice of visitors to the country.

“I’m very surprised. I didn’t expect this much development,” said Simon Kifle, an Eritrean air force serviceman who was hurrying back across the border before its sundown closing after his first visit to Ethiopia.