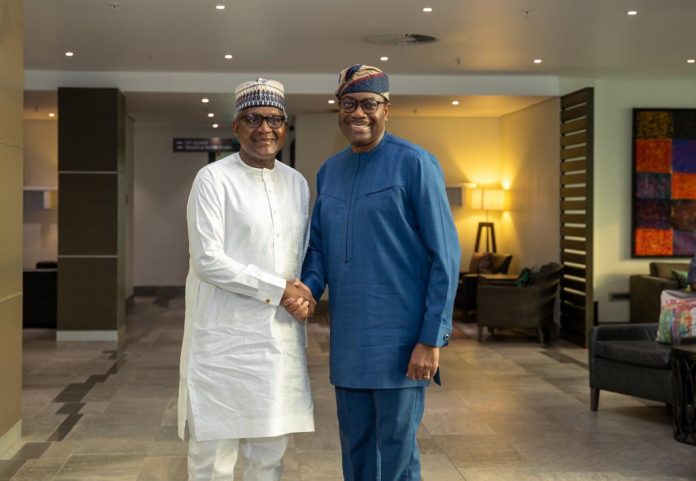 A giant new oil refinery in Nigeria is set to transform Africa’s largest crude producer into an exporter of refined oil. The $19 billion refinery complex, built by Dangote Industries includes a petrochemical plant, a fertilizer plant and a pipeline project in addition to the oil refinery.

It is the largest single-train refinery in the world, employing some 38,000 people, in 2022. After a tour of the site, the President of the African Development Bank Dr Akinwumi Adesina called it “the best-industrialized project to happen to Africa” spelling a new era for Africa’s industrialization and development.

“I am completely blown away with what I saw here. This project will reverse the huge sum the nation spends on foreign exchange importing petroleum products. So this is huge for Nigeria and for Africa as a continent.”

According to Dangote Industries Group Executive Director Devakumar Edwin the refinery will make Nigeria self-sufficient in gasoline, diesel, kerosene and aviation fuel and will deliver a surplus of each of these for export.

Mr Dangote praised Dr Adesina and the African Development Bank for encouraging him to build this huge project and investing a $300 million loan to support its construction:

“Without that support, there is no way we could have succeeded in building this massive industrial plant. This is a major revolution and it will definitely put Nigeria on the map”.

For his part Dr Adesina explained why the bank had invested in the Refinery project:

“We have invested about $300 million in Dangote because we have faith and confidence in him. And, in fact, every nation needs Dangote, we shall continue to support African champions. Most importantly our human resources and infrastructural development must be our top priority”. 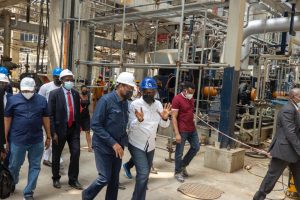 Mr Dangote hinted that he may well be in the market for some future projects in collaboration with Dr Adesina and the African Development Bank. During the inaugural tour of the new refinery, they talked about setting up further industrial manufacturing on the continent to boost skills-sharing and job creation.

The two men go back quite a long way. Dr Adesina is fond of telling the story of how he encouraged Mr Dangote to alter his business plan:

“He and I used to have a lot of arguments about policies and because he used to be the biggest importer and I wanted him to be the biggest producer. One of my best moments was when Aliko Dangote walked into my office and said “I have decided to change my business model and I want to move from being an importer…I’m going to put £300 million on the table and I want to go into commercialized production.

” Three months later Aliko comes back and says I think I’ve changed my mind from $300 million to $1 billion. Today he is investing well over $8 billion in agriculture”.

The agriculture sector is a massive employer in Africa. And it’s that’s not just in food production, it also provides employment in logistics and transport, marketing, packaging and a whole value chain for a continent with 60% of the world’s uncultivated arable land and a young workforce. 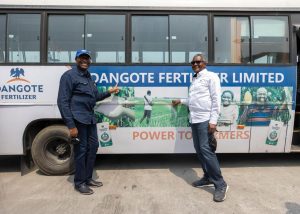 That’s why the Bank has provided a $210 million loan to launch the first phase of its Special Agro-Industrial Processing Zone Programme. Under its Feed Africa strategy, the Bank will establish processing zones in eighteen African countries concentrating on production, processing, storage, transportation and marketing of commodities.

That all requires investment in infrastructure to boost intra-African trade. The African Development Bank estimates that the continent needs about $68 billion to $108 billion a year to build roads, railways and ports. For Dr Adesina that’s a massive investment opportunity and a recipe for much-needed industrialization:

“Africa’s industrialization is working. Africa is getting bolder, more visionary. One day the eaglet will see the sun, spread its wings and soar to the sky. The sun is shining. One day Africa will become a global player in global manufacturing. We will soar and reach the world”.

Dr Adesina sees this new oil refinery as the game-changer that will boost Africa’s industrialisation, create jobs and accelerate the continent’s economic transformation and see the realisation of his High Five Plan to Light Up and Power Africa; to Feed Africa; Industrialise Africa; Integrate Africa; and Improve the Quality of Life for the people of Africa:

“I’m proud of what we have accomplished to date. The globally renowned US Magazine Global Finance rated the African Development Bank as the Best Multilateral Financial Institution in the World for 2021.

“This is the kind of Africa we want. Africa showing global excellence in the midst of a turbulent world, finding solutions, and driving innovation and change at scale”.

It’s been a busy year for the Bank. In addition to providing a £10 billion Crisis Response Facility to support countries whose economies have been devastated by the Covid-19 pandemic, it has been investing $3 billion in the support of attempts to create local pharmaceutical industries in Africa, capable of producing Covid vaccines rather than relying on the west for doses.

In the year which has seen the launch of the African Continental Free Trade Area to create a single market of 1.2 billion people worth some $3 trillion, the Bank has launched a range of new initiatives to boost intra-Africa trade and infrastructure. It has also made $25 billion available to tackle climate change. 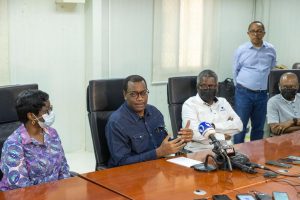 The Bank is also seeking to launch financial institutions to encourage and support young entrepreneurs. These Youth Entrepreneurship Investment Banks will operate across the continent and provide advice and loans for young peoples’ business ideas.

According to Dr Adesina many young Africans distrust governments:

“We must earn the trust of the youth of Africa and use them as a potent force for national development. Forgotten, undervalued and underused, a lot of youth today have a high level of distrust and that must change”.

“We must prioritize the youth because what we do with and to our youth will determine our future”.

Linked to that is a $600 million investment into Africa’s youth-orientated Digital and Creative Enterprises Programme. This will promote Africa’s FinTech sector and encourage entrepreneurship and innovation in digital technology and the continent’s rapidly growing creative industries.

Africa is already leading the world in mobile money accounts and mobile wallets and that is attracting international interest. Google, for example, has demonstrated its belief in African tech by opening an Africa HQ in Ghana and investing $1 billion into tech growth and e-commerce.

Africa is also leading the world in its employment of female entrepreneurs with women making up more than half of the continent’s workforce. In recognition of this, the Bank runs an Affirmative Finance Action for Women in Africa (AFAWA, and is committed to scaling-up Africa’s women-owned enterprises, and trying to help them transition from the informal sector into the formal economy. 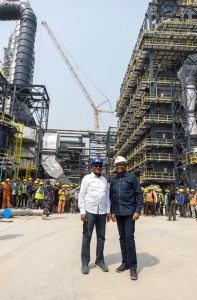 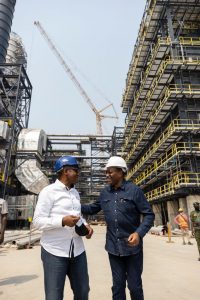 But they all have a long road to travel if they are to match the wealth and success of Africa’s richest entrepreneur Aliko Dangote. He’s worth over $20 billion according to the Bloomberg Billionaires Index and has now built the world’s largest refinery complex.

His trajectory from cement trading to the pinnacle of African business is an inspiration to many. From cement, he diversified into trading sugar, flour, fish, rice, milk and iron. Then after a visit to Brazil in 1996 to study manufacturing, he switched his business model. By 1999 he was building salt and sugar refineries, and later commissioned the Obajana Cement Plant which is the largest cement facility in sub-Saharan Africa and sits at the heart of the continent’s construction and infrastructure industries.

Today his Dangote Group’s main business – Dangote Cement, Dangote Sugar and Nascon Allied Industries – make up about a third of the market of Nigeria’s Stock Exchange.

Dangote Cement alone employs more than 50,000 people in Nigeria, Ethiopia, Senegal and South Africa.  The Dangote Group is already the biggest employer in Nigeria and the Dangote Refinery and Petrochemical plant will see this rise still further.

According to Dr Adesina, Aliko Dangote should be a role model not just for young Africans but for all entrepreneurs:

“Aliko is quite an inspirational and visionary business leader. One of the things I admire most is that he actually believes in Nigeria and he invests his money in Nigeria. He believes in Africa and invests in Africa….he has the vision but also the commitment and passion for his country”

Dr Adesina says Aliko Dangote deserves “world-class kudos” for his entrepreneurship and he describes the new Refinery as a growth accelerator for Africa.

Now we must wait for the third quarter of this year when the first of 650,000 barrels a day starts to be rolled out to provide what many people hope will be a new era for the continent.