African Leadership Magazine
Home Editorial Do You Have The Right Implementation Team? FIVE KEY INGREDIENTS FOR A... 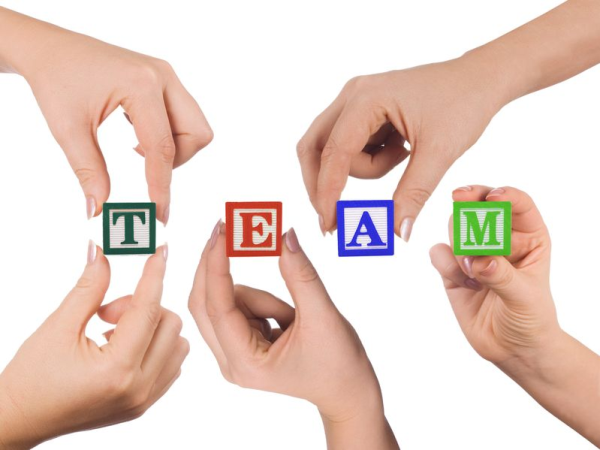 So, you’ve got a great idea, the funding is in the bag, and your business model has been well crafted. Success is guaranteed, right? Wrong! According to research by serial entrepreneur Bill Gross, which he discussed in a recent TED talk, the two most important factors for success for start-ups are “timing” and “team.”

Similarly, in their book How Google Works, three senior executives at the company – Eric Schmidt, Jonathan Rosenberg and Alan Eagle – note that venture capitalists “will always follow the maxim of investing in the team, not the plan.”

Indeed, the previous mantra of “set the goal, plan and implement” is increasingly being replaced by a context-centric framework better adapted to a world characterized by more volatility, uncertainty, complexity and ambiguity. And in this world, human insight is needed more than ever.

It’s not just start-ups launching their first products on the market which face “critical moments.” Every company has them. More and more multinationals or entire industries have to transform their organizations from top to bottom following digital disruption.

But thankfully, what makes teams successful at start-ups can also be applied to large firms. Over the last 20 years, I have had the opportunity to directly hire and/or follow the performance of several hundred key employees working on strategic initiatives. I have observed that when things go wrong, in most cases it is related to one or several of the following dimensions, which I refer to as the PIKES model.

PIKES stands for Purpose, Integration, Knowledge, Ecosystem, and Self. Although we look at each dimension separately below, the whole is greater than the sum of its parts. This is particularly essential for task forces or teams in charge of key implementations.

Purpose: The first dimension relates to an individual’s sense of purpose. It refers to the genuine and profound personal motivation of each team member to make the project a success. Motivation is different for each individual, but it has to be there, otherwise the risk of people dropping out when the team faces its first serious crisis is very high.

Integration: The second dimension addresses the degree of integration between team members, which is really about team maturity. In other words, the team should have a deep understanding of which tangible and intangible elements contribute to its cohesion – values, behaviors, and written and unwritten rules, such as reliability for example. The concept of integration is central when hiring new team members. If the leader and the people interviewing don’t understand it fully, they will not be able to put together a high-performing team.

Knowledge: This covers the mastery of key technical competencies required for the job or the specific initiative. It also includes soft skills. In addition, knowledge is about each person’s ability to bring novelty to the table. Beyond the obvious need for innovation, a team that does not have the potential for creativity runs the risk of lacking imagination when it comes to resolving complex problems.

Ecosystem: The fourth dimension relates to each individual’s capacity to understand the dynamics of the broader environment (e.g. the company and, more generally, the area of business) in such a way that the team can navigate and interact efficiently even during stormy weather. From an outcome perspective, we are looking, for example, for the ability to mobilize resources across the organization and beyond, and to obtain support from key stakeholders.

Self: The fifth and final dimension is probably the least discussed in project management, but managing our emotions one of the “critical moments” mentioned above. It is vital especially during the critical moments mentioned above. It addresses each team member’s ability to be in control of his or her own emotions. Uncontained stress has the potential to derail all the other dimensions. It is therefore crucial that strategic teams have stress management as a core competency and are fully aware of where weaknesses lie in order to be able to anticipate stress-related challenges.

From a management standpoint, having the right team means first selecting it and then, importantly, nurturing it.

Below are some risk factors as well as recommendations on how to pick the right people and nurture existing team members:

So far we have looked at PIKES from a team manager’s perspective, and as such each of the elements can be reinforced through appropriate incentives. However, PIKES is even more useful when it is applied to your own personal development journey. Think of it this way: Purpose is about coherence between our aspirations and what we actually do, integration about the way each of us is able to interact in team settings, knowledge, about continuous competency building, ecosystem refers to our business insight and managing self is really about our emotions. As a consequence, the common denominator between a managerial approach to PIKES and applying the concept to you is that both require conscious life-long learning. Therefore leaders should look for team members who have evolution in their DNA.

Last but not least, teams are like mirrors; they reflect the ability of top management to translate their vision into reality. So the pressure is on to choose the right people and then nurture them. The buzz phrase “people are our most important asset” really does say it all!

Back to the original question: Do you have the right implementation team?

Marco Mancesti is R&D Director at IMD and an alumnus of the HPL, AHPL, OWP and OLA programs.