African Leadership Magazine
Home Editorial How to Lead in High Turbulence – 5 Lessons from the Tunisian... 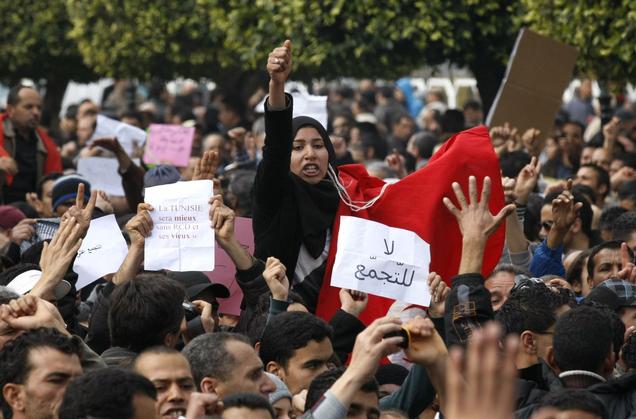 Tawfik Jelassi is IMD Professor of Strategy and Technology Management. He was the Tunisian Minister of Higher Education, Scientific Research, and Information & Communication Technologies during a transitional technocratic government in 2014-2015 following the Arab Spring revolution in the country.

What would you do if you were offered a new job and were told you would be fired after one year but you weren’t allowed to quit during your mandate? That you would be paid peanuts compared to your old comfortable job, and you would be harassed and bashed in the media constantly. And you wouldn’t be allowed to complain. You would probably say “no thanks,” right?

I ended up with that job and found out what it really means to lead in a high turbulence environment.

I was Dean of a leading business school in Paris and Chairman of the Board of Directors of the top mobile telecom operator in Tunisia when the Arab Spring broke out, turning the already troubled Middle East and North Africa upside down.

It was a hopeful moment across the region and particularly in Tunisia. Even more surprising was that unorganized youth, impoverished people and Facebook played a huge part in toppling the Dictator Ben Ali whose stifling reign lasted nearly a quarter century.

After a rocky start for the country after Ben Ali’s fall, the 2015 Nobel Peace Prize went to the Tunisian Quartet, composed of four civil society associations, which facilitated the country’s national dialogue. This dialogue reached a consensus among political parties stipulating that the incumbent Islamists hand over power to a technocratic transitional government.

This was the context when on Christmas day 2013, the then designated Prime Minister Mehdi Jomaa offered me the aforementioned thankless and non-lucrative opportunity. I was asked to be Minister of Higher Education, Scientific Research, and Information & Communication Technologies. How could I refuse?

I tried. My family was against it and it was risky. I didn’t want to turn down such an honour over the phone, so I travelled from Paris to Tunis to meet Prime Minister Jomaa.

When I got there, he pointed out that I had never done my obligatory military service and that it was time for me to pay my dues with a one-year commitment to my country. That was the beginning. I would later become the first minister he hired for his government and a very close collaborator in his core team.

With the two political assassinations that took place in Tunisia in February and July 2013 being among the reasons our government was put in place, our team knew from the start we would be working in an extremely high turbulence environment. We were faced with the threat of being taken hostage; hostile mobs quite often waited for us outside our ministry; at times, we couldn’t go home; our own staff went on strike, and on and on.

How can you start each day being positive and ready to lead under these circumstances?

Despite all of the hardships, it was the experience of a lifetime! Here are five lessons I learned about leading in a high turbulence environment:

1] Build a team with a fresh perspective. When setting up the transitional government, Prime Minister Jomaa didn’t gather the usual suspects from the Tunisian political scene. Like any good leader should, he gathered the best people for the job from far and wide, bringing back countrymen from the US, Brazil, France, Switzerland, the UK, and other places. He picked people who he knew had the skills to do the job and particularly looked for experienced leaders who had an outside perspective without connections to the old regime.

2] Destroy silos. In order to get our monumental tasks done in the short time frame we were given, we had to create a network structure. It was important to collaborate across ministries and hierarchies to move forward. We leveraged the local knowledge and experience of ministers on the ground as a foundation for cross-silo collaboration. For the Prime Minister, it also meant that he had to empower his team to make autonomous decisions.

3] Separate the transformation or innovation team from the traditional part of the organization. Just like a technology company, we intentionally physically set up our “lab” on the opposite side of Tunis, far from the main body of government. Big problems need big solutions and you can’t come up with great ideas when you are bogged down with e-mails and day to day issues. Our job was to come up with innovative ideas to move our country forward and for that we needed the space to think and be creative.

4] Build bonds to strengthen trust. There is no way you can accomplish any major feat, let alone getting an entire country off to a new start, if you don’t trust, respect and have confidence in your team.

To strengthen our teamwork, we got out of the office and did outdoor team building exercises. We met each other during the weekend for social gatherings or to play soccer together. We went on learning expeditions and gathered insights into how challenges like ours have been approached elsewhere. All of this helped us be on the same page and have faith that we could succeed together.

5] Recognize your window of opportunity and set priorities. We had one year to get the job done. In that timeline and with the task of bringing an entire country back from the brink, you have to focus. We made it a priority to set up state institutions as outlined in the constitution, to prepare the ground for fair and internationally-recognized parliamentary and presidential elections before the end of our one-year mandate, to create an investment friendly environment and to resolve ongoing political conflicts. The situation was dire. A sense of urgency can help leaders reach goals. We couldn’t work on issues that weren’t of the most pressing importance.

So did we succeed? We redesigned the national subsidy system and put the country on a better economic path. We led the fight against terrorism, redesigned the higher education system in the country, formulated a five-year strategic plan for “Digital Tunisia”, and created a “country chief information officer” role that reports directly to the Prime Minister. On our watch an SMS-based registration system for national elections was also created. I would say overall we harnessed technology to push the country toward the future.

But sadly Tunisia is now facing an unprecedented terrorist threat following three attacks in 2015 on the Bardo National Museum, on a major hotel in Sousse and on the presidential guard in Tunis. More recently an all-out military style attack by ISIS was carried on Ben Gardane, a Tunisian city on the Libyan border. Because of this, tourism, one of the country’s biggest income generators, has plummeted leaving it in an economically weakened state.

But that’s also how business is. Success one year, or even one week, doesn’t at all guarantee future wins.

Look at Volkswagen in 2015. The formerly top-selling brand experienced a scandal that put its future in danger.

So leaders in any types of organizations need to prepare themselves, mentally and otherwise, to face high turbulence, or else.

Do you have what it takes to lead in high turbulence?