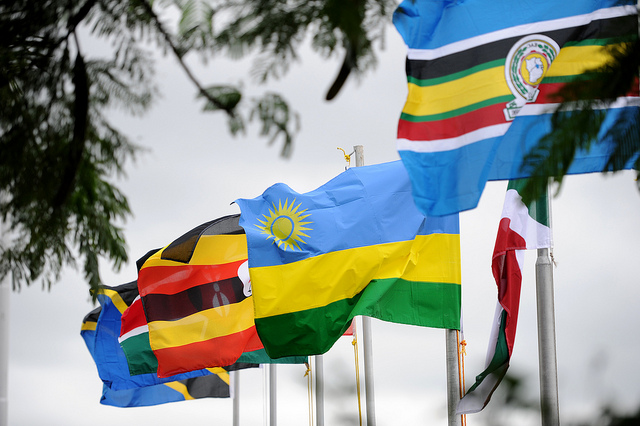 There are a number of unique challenges European and US companies may face when doing business in Ethiopia. Despite continued economic growth (8.3% in 2017), directors and decision makers need to know the various pitfalls before setting up. Many well-known brands operate in Ethiopia including Tesco, Unilever, GlaxoSmithKline and Diageo. FDI is a main priority for Ethiopia’s government and they have streamlined the registration process to create a simple one-stop-shop system.

Infrastructure in emerging economies is always a hindrance to the transportation of goods. Although by no means perfect, Ethiopia’s road network has grown from nothing 20 years ago into 136,000km today. Road projects now represent around a quarter of the annual infrastructure budget and there are ten major highways spanning the country, one of which connects to the Port of Djibouti. It is an important passage as Djibouti’s sea gateway currently accounts for 95% of Ethiopia’s imports and exports.

Ethiopia recently acquired stakes in all the major East African ports including Djibouti, Somaliland, Sudan and Kenya. This has opened up import and export to the country massively because there are now more options available for shipping. Although roads are not the smooth runways we are accustomed to in the UK and America, they are there and can be used. As an example, Ethiopia has already begun to ship large consignments of fertilizer through Port Sudan with goods travelling along a 100km corridor completed in 2013. The road cost $27 million and was executed by a Chinese construction company.

The Addis-Djibouti electric railway opened in 2017 and is 5,000km in length. Logistically this is a game-changer because products can be moved so much quicker than before. It has cut the journey time between Addis Ababa and Djibouti from 3 days to 12 hours. The railway line also stops at every industrial park in Ethiopia so exporters can load goods daily to be shipped. Total capacity is 24.9 million tonnes of freight annually, with 6 million tonnes annually expected in 2023.

Air freight is another way for exporters and importers to move their goods, especially if they are perishable or temperature sensitive. Ethiopian Airlines flies to more destinations in Africa than any other carrier. It is one of the fastest-growing companies in the industry and largest on the continent. In 2017 the company launched a new cargo terminal which is expected to trans-ship roughly 600,000 tons a year.

“Ethiopia is an emerging market so issues do arise,” said Francis Agbonlabor, CEO of the Diageo Brewery. “Clearance of goods and transportation can be complicated but with patience and innovative thinking, solutions can easily be found. The government are always here to help.”

Ethiopia is the 107th least corrupt nation out of 180 countries, according to the Corruption Perceptions Index reported by Transparency International. That being said, there are a number of support networks in Europe, US and Ethiopia itself to combat any fraudulent activity effecting foreign investors. The general consensus from those operating in the country is that corruption is very low and mainly effects areas of business completely unrelated to FDI. International investors are also consistent in reporting that they are not faced with demands for bribes.

“The government is very committed to us,” says Raghav Pattar, VP of Chinese apparel manufacturer Indochine International. “They had workers here 24 hours, day and night, to build this Industrial Park. And there is no corruption. None!”

Transparency International is the main recognised coalition against corruption. Although they don’t provide consultancy services, the organisation works tirelessly on global conventions and research. The Business Anti Corruption Portal is another useful platform offering tools on how to mitigate risks and cost of corruption when doing business abroad. All the information on the Portal is produced by GAN Integrity Solutions, a Denmark based IT & Professional Services firm. The Portal was established in 2006 and is supported by the European Commission and a number of European governments.

Here in the UK, there are a number of great consultancy firms advising investors on strategy, risk, due diligence and dispute resolution. Africa Matters (ALM), based in London’s Pimlico, is a commercial consultancy working with companies, institutions, funds and investors. Directors and decision makers who are interested in Africa can rely on ALM’s insights and access to information. This helps them make business decisions, strengthens their resilience and improves ROI. Another firm based in Hammersmith called Africa Practice advise some of the largest institutions, companies and investors on the continent. They gather information and intelligence, analyse it and then develop advocacy / engagement strategies for clients to succeed.

The Gov.uk website says “inconsistencies in tax assessments and excessive penalties are a challenge when conducting business in Ethiopia”. Tax collection, policy unpredictability and bureaucracy have been identified as issues affecting some areas of business in East Africa. All the big 4 accountancy firms advise companies on tax matters in emerging economies. Ernst & Young are probably the most trusted for Africa and they continue to publish excellent business intelligence and analysis on the subject. Other firms do the same thing at cheaper rates and on a smaller scale.

Foreign exchange shortage is a problem in Ethiopia and investors have complained that the lack of hard currency is stifling to the private sector. The International Monetary Fund said in January that Ethiopia’s foreign reserves at the end of the 2016/17 fiscal year stood at $3.2 billion, less than what it spends on imports in two months. Recently, 300 million dollars was released by the Commercial Bank to importers working in priority sectors. Any foreign investors need to understand the exchange shortage in Ethiopia and obtain the right advice and intelligence on how to handle funds.

“We see Ethiopia as having huge potential for future growth and development,” said David Whiston, East African Sales Director for JCB. “Projects around Ethiopia need JCB’s equipment so it is satisfying to work here and be a pioneer in the market. Any foreign investors moving to Ethiopia need to be in it for the long-term. It can sometimes be difficult to get the foreign exchange to purchase the letter of credit which is needed to pay for a product, but that’s just part of the process. I don’t see this as a negative it’s just a factor of our operation. You have to be flexible in Ethiopia and keep at it. Understand you may need to do things differently and change your payment terms or product for the market. If you can accept that then you will function in Africa.”

Investors exporting to Ethiopia can benefit from access to Europe and Middle Eastern economies, cheap and trainable labour, a stable political environment, low crime rates and one of the largest domestic markets in Africa with over 100 million people. This economy is expected to maintain the rapid growth it has experienced over the past 10 years but businesses need to know what challenges they might face. If investors research the market properly and get the right advice beforehand, Ethiopia and East Africa can be an exciting and profitable location for many areas of FDI.