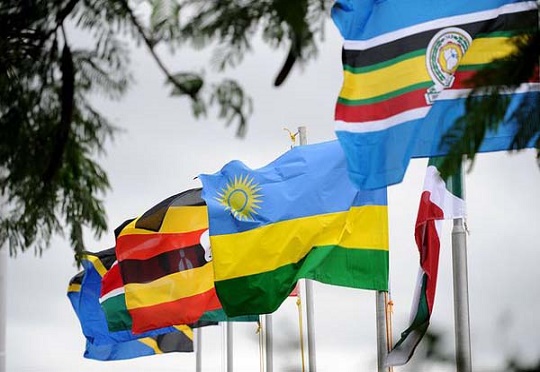 East Africa Legislative Assembly is adding its voice to the debate on greening the environment.

The regional Assembly now wants Partner States to make tree seedlings available to various communities to embark on massive tree planting campaigns and to conserve forests as it promotes policies that make the Community green.

Consequently, the Assembly is callingfor the retrieval of the EAC Forests Management and Protection Bill 2015 for its re-consideration, which it hopes to amend and have (the Bill) assented to by the EAC Heads of State within the shortest time possible.

Hon Mathias Kasamba, mover of the Resolution urging Council of Ministers to conserve forests, raised concerns that forest areas within the EAC were under threat of deforestation and forest degradation. The Member raised concern of the imminent disappearance of forest.

“There is concern that if these practices (deforestation) continue, the Community will lose approximately 12 million hectares of forest by 2030”, Hon Kasamba told an attentive House.

The Assembly was informed that in order for the Community to protect the many benefits from forests and to ensure livelihoods for the people that live in and around forests, the Community needs to adopt programmes on Reducing Emissions from Deforestation and Forest Degradation (REDD+) “plus” conservation and the sustainable management of forests and enhancement of forest carbon stocks and adopt programmes aimed at halting or preventing the destruction of forests.

The resolution which was seconded by Hon Dr Woda Jeremiah Odok, calls for the promotion and use of alternative technologies that minimize tree cutting especially for firewood and home consumption purposes.

At the same time, the Assembly recognises that the EAC Climate Change Policy provides for several strategies which include promotion of sustainable management of forests and wetlands in the region, promoting reforestation, afforestation and improvement of agricultural productivity.

According to Hon Kasamba, in Uganda, a government report has revealed that the country’s forest cover has dropped to 9%, representing a 3%drop in just two years since 2015.

United Republic of Tanzaniawith land area 945,687sq km is home to one of the largest trees’ cover in the world, but it is similarly at risk. A forest inventory by the Tanzania Forest Services Agency (TFS) in 2015, found that forests and wooded areas cover over 48 million hectares of land. On its part, Hon Kasamba saidKenya had lost a large portion of its forest cover over the years; it gained a substantive portion in the 10 years to 2015.

The country had 4,413,000 hectares of forest land that year as compared to 4,047,000 hectares in 2005 in a report attributed to the Food and Agricultural Organization. The legislator maintained that Rwanda is one of the only countries in the world that has a positive rate of afforestation.

Every year, more trees are planted and protected in Rwanda than cut down. This is no easy feat considering Rwanda’s population density and the economic pressure on the small land size.

By the end of 1994, forests had been eliminated from 78 % of the country and were decreasing at rate of 7% per year, according to the International Institute for Sustainable Development and the United Nations.

The Government knew that without trees, the country could never fully rebuild itself, so it reversed this trend, planting millions each year. From 2015 to 2016, the Rwandan government planted 32 million seedlings, which is equivalent to the reforestation of 15,000 hectares. In 2017, Rwanda reached its target of 30% forest cover three years earlier than planned”, Hon Kasamba told the House.

However, South Sudan’s forests and their associated ecosystem goods and services are also under significant threat due to unsustainable activities such as illegal logging, unplanned and inefficient agricultural practices, and an unregulated charcoal industry, serving ever increasing demand in urban centers.

In Burundi, the House was informed that deforestation is a major environmental concern in the country which is also the beginning of the problem of climate change.About 172000ha (6.7%) of the country constitute forests among which 33.3% (40,000ha) are classified as primary forests.

Hon Kasamba remarked that it was necessary for the Bill to be brought back to the House if assent is withheld.

During debate, Hon Mohammed Mnyaa attributed unemployment as one of the many reasons fordeforestation. “Unemployed people continue to cut trees to make charcoal and to sell logs.

I have been tasked before to provide employment by youth at a time I was advocating for them to halt deforestation”, he said. Hon Woda Odok said reforestation is key to mitigate climate change saying it helped also to reduce emissions of carbon. Hon Dr Odok congratulated Republic of Rwanda for its attempts to ensure forest preservation.

Hon Dr Oburu Oginga remarked that the region’s water towers were drying up due to the nature human conflict arising from many citizens grabbing land in forests and cutting trees.

“This is a big problem given that some are acquiring title deeds and it thus becomes a challenge to recover when it becomes occupied as it tends to take a political angle,” the legislator said. Hon Dr Oginga said that Mau forest in Kenya was a source of many rivers including the Mau river- which he maintained, was on the verge of drying up. He further called for modalities of how the enacted legislation can become Acts should Partner States fail to assent to bill without reasons given.

Hon Susan Nakawuki urged Council of Ministers to ensure the Bill on forestry receives the due attention given the importance of the environment. She called for awareness creation on the impact of environmental degradation.

The legislator further called on Members of the Community to consider the option of planting trees in addition to flowers. Hon Mary Mugyenyi said the Bill was too important and requested the mover of the resolution to retrieve the Bill that was not assented to and re-look at the issues.

Hon Francoise Umuwukiza called for preservation and purification of the environment for posterity. Forests are not only good in conserving water – but an attractive tourist and natural attraction

East Africa’s coastline is one of the most biologically diverse areas, offering a rich mosaic of coral reefs, mangroves, lowland forests and savanna woodlands and the Community is well endowed with forest resources which contribute significantly to carbon sequestration and support development of the Community.

In 2015, the Assembly passed the EAC Forests Management and Protection Bill, 2015 whose objective is to provide for the preservation, protection and sustainable use of forests.