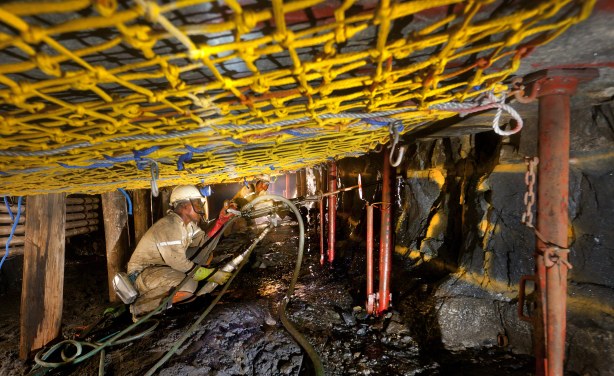 A 5.3 magnitude earthquake has struck, six kilometres east of Orkney in the North West, the US Geological Survey said on its website on Tuesday.

Roughly a minute-long tremor was felt in various parts of the country, shaking buildings, rattling windows and resulting in building evacuations.

No injuries had been reported so far.

SA Weather Service forecaster Puselatso Mofokeng said it did not have any information so far.

“We do not have a comment as such. We work with the Council for Geosciences, so once they have information then we will get it. At the moment we don’t have any information except that we also felt the tremor,” he said.

The Council for Geosciences could not immediately be reached for comment.

The quake struck after midday on Tuesday, shaking buildings and rattling pictures in offices, including Sapa’s headquarters in Greenside, Johannesburg.

People immediately took to social media to report it.

“Who else just felt the earthquake. That was a crazy… tremor,” said Johannesburg resident Adrian Patrick on Facebook.

Engineering geologist Oliver Parker told eNCA that it was an earthquake, and went into details about the history of earthquakes on the sub-continent.

Reports of buildings being evacuated in Johannesburg, Umhlanga, and other cities were streaming onto Twitter.

Sapa’s reporter in Durban said people in the 32-storey Durban Bay House, one of the tallest buildings in the city, were evacuated.

Hundreds of people were milling around Anton Lembede Street where the building is located in the city centre.

“I felt it. I thought I was going mad. I stood up and saw my colleagues rushing out,” said Lungelo Xaba, who works on 17th floor of the building.

Johannesburg emergency services spokesman Robert Mulaudzi said the tremor was felt in most parts of the city.

“The city has not received any reports of injuries, or collapsed building. However we will be monitoring the situation.”