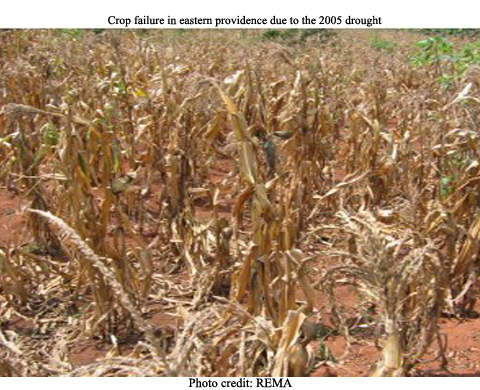 There is need for governments and donors to allocate additional resources to cover financing gaps to cope with disasters in the Greater Horn of Africa region. This was one of the resolutions made by participants at the just concluded meeting of the Greater Horn of Africa climate outlook forum (GHACOF42) which took place in Kigali last week.
The meeting drew 11 countries to assess El Nino impact and share lessons from it.
The forum noted that ocean warming phenomenon increased by 2 degrees Celsius leading to above average rainfall or drier than normal in different Horn of Africa countries, which triggered climate extremes like floods, droughts and other hazards.
In a statement, the participants called on humanitarian partners to put in place up-to-date, joint and operationally-relevant contingency plans, including funding requirements for preparedness and response.
There is need for immediate funding to scale up preventive and treatment programmes targeting both the moderate and severely malnourished, the statement said.
It also called on national governments and development partners to step up efforts to reduce risks and mitigate the impacts El Nino.
Governments, it said, should identify the priority areas in which they need support.
The meeting called on States and donors to prioritise activities that build resilience of people to shocks by scaling up social safety nets.
Speaking at the closure, Rwandan Minister for Natural Resources, Dr Vincent Biruta encouraged experts to use collective skills, knowledge and experience to produce a regional climate outlook that can inform policy makers in various sectors across the region.
“We need to do better not only in predicting the weather and changes in climate but also adapting to them, and where need be, provide early warnings to those in need,” he said.
El Nino phenomena has damaged properties and claimed lives of many. Reports presented at the meeting show it has led to measles outbreak in Mandera County of Kenya, cholera and tick-borne diseases in Busia and Kasese districts of Uganda, malaria increase, typhoid, hepatitis A and E due to consumption of unsafe drinking water and inadequate sanitation.
They show there are continuing cholera outbreaks in Tanzania mainly in Dar-es-Salaam where more than 12,000 cases have been reported; South Sudan, the DR Congo and Kenya since last year.
The food security situation in the region has also trebled where the number of food insecure people in the region rose from 7.2 million in August last year to 20.4 million in February 2016, according to Abdishakur Othowai, the disaster risk management expert at Climate Prediction and Applications Centre (ICPAC).
Zachary Atheru, the representative of ICPAC said members resolved to develop mechanism to facilitate exchange of information and best practices to tackle climate change-induced losses and damages, as well as strengthen action and support for the mobilisation of financial resources.
The forum issued its seasonal predictions for the forthcoming March-May 2016 rainy season, which is important for agriculture and food security in a region heavily impacted by the powerful El Niño.
The outlook indicates an increased likelihood of near normal to below normal rainfall in those months over central and southern parts of Sudan, south-western Eritrea, western and southern Djibouti, northern and eastern Ethiopia, extreme northern and southern Somalia, northern parts of South Sudan, eastern and southern Kenya, much of Tanzania and extreme southern Burundi.
Much of Burundi, Rwanda, Uganda, southern and eastern parts of South Sudan, southern Ethiopia, central Somalia, and western, north-western and central Kenya have increased probability for near normal to above normal rainfall during March to May 2016 season.
The 2015-2016 El Niño, it says, is expected to decline in coming months, though impacts will continue. Atmospheric -ocean conditions over Indian and Atlantic oceans are to decay El Nino conditions.
However, local month to month variations might occur as the season progress since it is likely that episodic heavy rainfall events leading to flash floods might occur even in areas with an increased likelihood of near normal to below normal rainfall.
Also, it warns dry spells may occur in areas with an increased likelihood of near normal to above normal rainfall. While regional updates on regular basis will be provided by ICPAC, national meteorological services will provide detailed national and sub national updates.
Meanwhile, Stephen Rodriques, the UN Development Programme representative in Rwanda called on countries to take into account Lanina, the event that usually follows EL NINO.
“Lanina has even the longest and worst humanitarian impact than EL Niño. We need enough preparedness if it happens to occur,” he said.