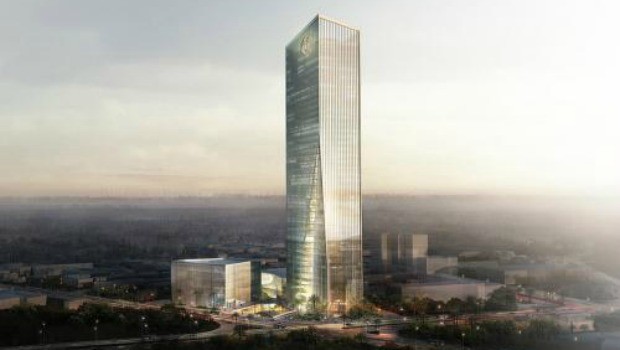 The Commercial Bank of Ethiopia has signed an agreement with the China State Construction Engineering Corporation to build a 198-meter (649.6 feet) building for the bank’s headquarters in Ethiopia, expected to be East Africa’s tallest building, WantChinaTimes reports.

A signing ceremony for the 46-storey building was held Tuesday at the bank’s head office in the capital, Addis Ababa.

Bank president Bekalu Zeleke said the bank and the Chinese company were committed to the success of the project because “it reflects the image of both sides.”

“Not only the height, but the overall quality of the building — we believe that this will be one of the best buildings in Africa,” Zeleke said.

The building “will be a new window for your country, for your city, and also for East Africa,” said Song Sudong, general manager of China State Construction, according to a VenturesAfrica report.

The proposed height of the 198-meter building is 25 meters short of the 223-meter-tall Carlton Center, Africa’s tallest building in Johannesburg.

Some of Africa’s tallest buildings include the following: