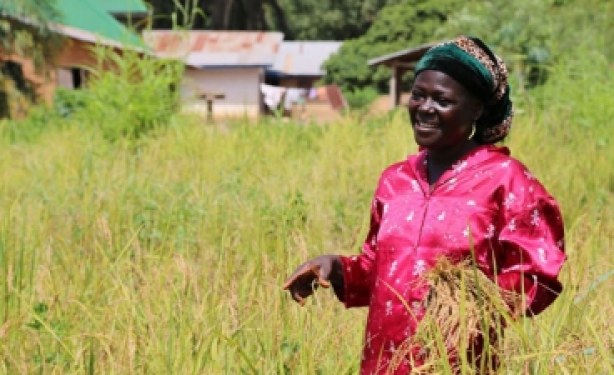 Some 600 experts, politicians and representatives of aid organizations met in Brussels to discuss the Ebola crisis and its consequences. Talks focused on the economic reconstruction of Liberia, Sierra Leone and Guinea.

The conference on Tuesday (03.03.2015) began with a minute’s silence to commemorate the almost 10,000 officially registered victims of the Ebola virus in West Africa. However, the purpose of the international conference was to look forward rather than back. Although it is too early to say that Ebola has been vanquished, the process of reconstruction must now start – this was the main message from the leaders of the worst affected countries who were in Brussels for the conference.

The virus now appears to be on the retreat; this is most evident in Liberia where only one or two new infections per week are now being registered, as the German government’s Ebola envoy Walter Lindner pointed out. In neighboring countries Guinea and Sierra Leone, there is still some way to go. Both countries still register a weekly new infection rate of between 30 and 60. This is major progress when compared to the time when the epidemic was at its height and there were up to one thousand new cases per week. But it is the last mile that is the toughest, Lindner said. One reason is that, after the time when numerous patients were being treated in large treatment centers, where the work is easier to organize, now every individual case in remote areas has to be tracked down and dealt with. This means, for every Ebola victim, health workers must identify 20 people with whom he or she has been in contact, place these people under quarantine and provide food for them, while at the same time making sure that safety guidelines are observed for burials. This is a difficult job which can only be done by people who speak the local dialect and who have the trust of the local population. Last but not least, said Lindner, the affected countries must continue to work to close the infection routes.

In West Africa normal life must now resume, Liberian President Ellen Johnson Sirleaf told the conference. She said significant progress in containing the virus could be reported. “Economic activity is gradually returning, cross-border markets are once again working, farmers are back on their farms preparing for the planning season, schools are opening.”

This success was due “first and foremost to the people of our communities,” Sirleaf said. However success was also due to Liberia’s partners, she added, saying “We are very mindful that our work is not complete. We must get the number of cases down to zero for the required number of days.” The Liberian president said the leadership of all three countries are committed to this, as this is the essential first step towards economic recovery and resuming work on the development agenda.

The impact of Ebola on the countries’ economies “has been profound,” Sirleaf told the conference. There had been declines in growth, public revenue, private consumption, investment, employment, agricultural production and productivity. “The most important long term response to Ebola therefore rests in plans and strategies for economic recovery.”

President Sirleaf said there was a need for an Ebola “Marshall Plan.” The United Nations puts the cost of such a recovery program at around $1.8 billion (1.6 billion euros) and predicts it could take ten years before the countries of West Africa have fully recovered from the outbreak.

Sierra Leone’s President Ernest Koroma said in his country the damage done by Ebola is also catastrophic. More than 8,370 people were infected, of whom 3,180 died, he told the conference. “1.7 million children did not go to school in the past six months, 280 thousand people have been made food insecure. Ebola has ravaged our health and education sectors,” Koroma said. “If we are to ensure a resilient recovery to Ebola, we have to respond to the many ways this disease has made the countries vulnerable. It is in line with this that we are proposing a recovery program.”

The Brussels conference was intended to serve as a forum for the exchange of opinions and experiences gathered during past months. That included a discussion of the most effective use of the 1.2 billion euros which the EU mobilized to fight Ebola. It was not a donor conference. The International Monetary Fund has just announced a new credit for Sierra Leone with a view to stabilizing state structures in the battered country. The IMF was represented in Brussels and has already helped the affected countries several times with interest-free credits and debt cancellations. However, for an all out recovery plan, as envisaged by Johnson Sirleaf, representatives from potential donor countries and organizations would have to meet again. This would follow the development of a concrete plan setting out how economic recovery of the West African states could be kick-started.

The Liberian president spoke of the need for a homemade plan. Sirleaf places great value on inner-African help for African problems. The African Union has announced it will hold a post-Ebola recovery conference and set up an African center for disease control.

Lessons for the future

The next step on the agenda is to continue the fight until victory over Ebola is really achieved. “We cannot be satisfied with what has been achieved so far,” said the EU’s Ebola response coordinator Christos Stylianides. The battle is only over when the number of new infections is at zero. Doctors Without Borders (MSF) also warns against sounding a premature all clear. The danger is not over as long as the disease has not been eliminated, MSF’s chairman Tankred Stöbe told DW. He said what was needed now was not big treatment centers but small units that can be deployed quickly and effectively to fight new centers of infection. Stöbe recalled the mistakes made last year in the fight against Ebola and said, in the event of a new crisis, the German government should be prepared to provide help more quickly and in a more flexible way. That is a lesson that also applies to the rest of Europe.