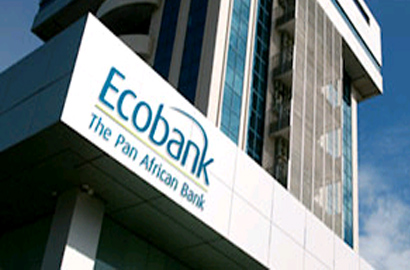 Ecobank Transnational Incorporated (ETI), the holding company of Ecobank Group, has signed a $50 million loan agreement with French development institution Proparco for 10 years, to support the growth of the bank’s local branch network.

Proparco, a Development Finance Institution jointly held by the French Development Agency (AFD) and private shareholders from the North and South (French & international financial institutions, companies, funds and foundations)., is one of the main bilateral development finance institutions in the world with investments on four continents encompassing the major emerging countries. It is an active player in banking consolidation in the region and will allow Ecobank to strengthen its operational capacities and its role in developing the local economic base, particularly for SMEs.

The loan agreement between the parties will fund regional expansion, including targeting customers on the continent who do not yet have bank accounts, a statement released by the bank on Monday read.

The initiative is taken on the backdrop of the fundamental changes in the African banking sector.

According to ETI, “pan-African banking groups such as Ecobank are developing alongside traditional players and are entering new market segments, targeting those previously excluded from the banking system. They are opening more branches and are providing innovative and low-cost services tailored to communities who lack access to banking services. These groups are driven by economic growth, which is gathering pace in Africa, and their activity is increasing steadily.”

The loan will therefore help Ecobank strengthen the bank’s long-term resources and support the development of its local banking network.

“Indeed, the ETI has become the first pan-African banking group to have an integrated regional banking network in sub-Saharan Africa,” it said.

Founded in 1985, Ecobank is today the largest pan-African banking group by number of locations and it is listed on three West African stock exchanges – Lagos, Accra, and the West African Economic and Monetary Union (UEMOA) and currently has over 1,200 branches and 19,000 employees.