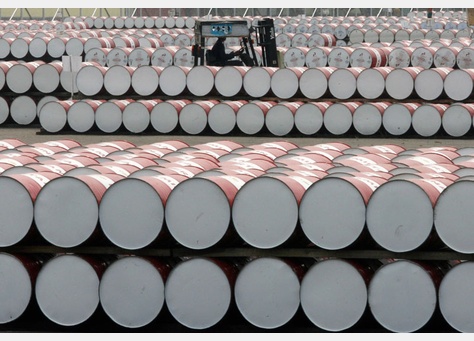 A survey by Bloomberg revealed a decrease of 245,000 barrels from 30.252 million produced in October as civil unrest and crude theft continue to disrupt production activities within these countries.

Recently Nigeria has been faced with increasing levels of oil theft within the Niger Delta region – the country’s oil mainstay – with production in the past few months on a steady decline. The country’s oil output hit a 6-month low of 1.89 million bpd, 100,000 barrels short of October’s yield. A continuous slide might see the West African giant lose its place as Africa’s top oil producer, with Angola lurking inches behind.

Similarly, Libya, currently recovering from the civil war that led to the ousting of late Muammar Qaddafi experienced a drop of 40,000 barrels to 210,000 per day in November, as militants and pro-Qaddafi supporters continue to frustrate government’s efforts at reviving the industry.

Despite this significant drop, international oil prices have remained relatively stable, maintaining a range of $96 to $112 for WTI (light sweet) Crude and Brent Crude.

The potential price hike has largely been countered by rising Shale oil production in the U.S which has grown 15 percent this year and contributed 950,000 pbd or 1 percent to global supplies.