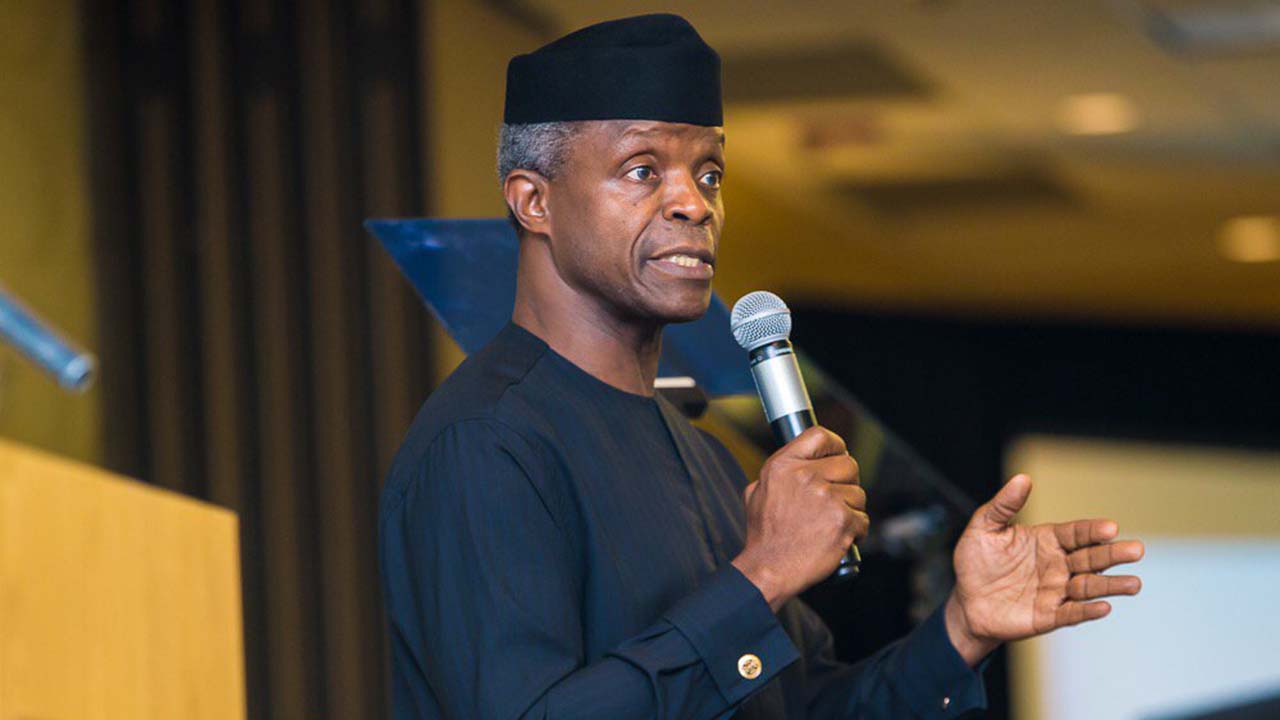 Senior Special Assistant to the President on Media and Publicity, Office of the Vice-President Laolu Akande said that Osinbajo spoke on Friday in a lecture at Oxford University, UK.

In the lecture entitled: “The Challenges of Human Development in 21st Century Africa’’ the vice-president said that Human Capital Development must be a priority of public policy of governments across Africa.

According to him, this will effectively tackle multidimensional poverty and improve long-term development on the continent.

He highlighted ongoing investments, efforts and plans of the Nigerian government and the progress it had made in improving the country’s Human Capital Development indices and investment climate.

He said that the National Social Investment Programmes (N-SIP) had also made huge impact, calling on African governments to unlock other opportunities to significantly achieve improved standards of living.

“All over Africa, the political will to better the lot of our restive populations is evident, innovative ideas are also in abundance.

“If we keep our focus, especially on good governance, the next two decades may truly be the African decades.

The vice-president also said that the administration’s N-SIP would continue to make policies and initiatives to improve Human Capital Development in Nigeria.

“The major plank of the Federal Government’s approach to empowerment is to improve financial inclusion.

“Over the past two years, through the N-Power Programme, the largest post tertiary employment programme in Africa, we have been able to offer skills development programmes digitally to more than 500,000 young citizens between the ages of 18 years and 35 years.

Osinbajo said that by the end of the year, two million petty traders nationwide were expected to benefit from the TraderMoni, which provided them collateral and interest-free N10, 000 loans.

He added that a total of N55 billion had been disbursed to 250,000 farmers on the platform of the administration’s Anchor Borrowers’ Programme scheme, which provided subsidised credit to small holder farmers.

At the event, Osinbajo also inaugurated the International Advisory Board of Oxford University’s African Studies Centre in the School of Global and Area Studies.