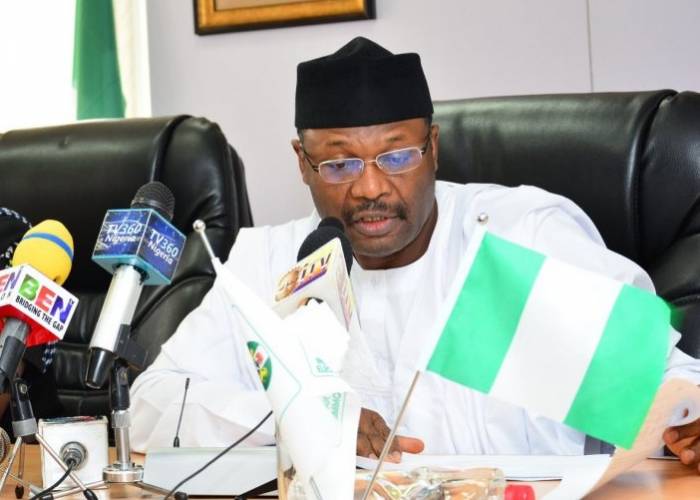 The Economic Community of West African States ECOWAS has pledged to extend financial assistance to Nigeria in the conduct of next year’s general elections.

This was as the regional body expressed gratitude to the Independent National Electoral Commission INEC Chairman, Prof. Mahmood Yakubu, for his contributions to the improvement of the electoral process and sustenance of democracy across the West African region.

Chief Press Secretary to the INEC Chairman, Rotimi Oyekanmi, in a statement Sunday in Abuja said Gen. Francis Behanzin showed the appreciation when he led a delegation of the regional body on a courtesy visit to the Commission’s headquarters in Abuja.

“Gen. Behanzin said the purpose of the visit was to, among other things, find out about INEC’s preparation for the 2019 general elections and the challenges it was facing, in view of Nigeria’s large voter population of over 80 million.

“He described Nigeria as ‘a very big country’, pledging financial support for the conduct of the elections. He also informed the INEC Chairman that ECOWAS would send 200 Observers for next year’s general election”, the statement noted.

Responding, Prof. Yakubu thanked Gen. Behanzin for his kind words and seized the opportunity to explain the Commission’s preparations for the 2019 polls.

He said the Commission had developed, validated and was already implementing its 2017 – 2021 Strategic Plan, the Election Project Plan and had also released the Timetable and Schedule of Activities for the 2019 General Elections since January 9th, this year.

He said the Commission also carried out the Continuous Voter Registration CVR exercise that allowed citizens who just turned 18 years and other Nigerians who had never registered the opportunity to do so.

He informed the delegation that over 14.5 million voters were registered during the exercise between April 2017 and August 2018. This new figure will be added to the almost 70 million citizens already in the national Voter Register after due processes. He said the country might have about 83 million voters after the register had been cleaned up.

Prof. Yakubu observed that conducting the general election in Nigeria could be likened to conducting an election for the whole of ECOWAS.

He informed the delegation that Nigeria currently has 91 registered political parties out of which 89 will field candidates for various positions in the next year general elections.

He said the Commission works with security agencies under the aegis of the Inter-Agency Consultative Committee on Election Security ICCES to secure the electoral environment. Since the general elections will take place simultaneously in all states, he said the security meeting would be cascaded to the states.

Speaking on the ECOWAS Network of Electoral Commissions ECONEC, the INEC Chairman said Nigeria has fulfilled its promises to the body since his election as its President in Cotonou, the Republic of Benin in March 2017. These include: Location of the ECONEC Secretariat in Nigeria and the organization’s visit to many member countries. He expressed the hope that by the end of March next year when his tenure would end, more countries would have been visited.

Prof Yakubu said the Electoral Commission in Guinea Conakry recently asked INEC for help to clean up the country’s voter register, which was done, while Nigeria also observed the elections in Mali. He said that INEC supported other Electoral Commissions in the ECOWAS region especially in the area of voter registration. Burkina Faso and Ghana, he said, were also provided with ballot boxes.

He identified finance as the major challenge facing ECONEC. While each member country is expected to pay $5,000 per annum, he was of the opinion that ECONEC would still require some support from ECOWAS.

The INEC Chairman said he leant that ECOWAS had promised to support ECONEC with $1 million dollars and expressed the hope that with the General’s visit, the account of ECONEC would be credited within a short time.

The Head of Political Affairs, ECOWAS, Dr. Remi Ajibewa reiterated the need for INEC to carry all stakeholders comprising political parties, the media, civil society organizations and security agencies along as it prepares for the general elections. He said INEC should also synergize with the Police to secure the electoral process.

He commended the Commission for the conduct of the Osun State Governorship election but regretted that while INEC did its best, the international community and voters feared that security agents might be used to create problems for the electoral process.

Present at the event were National Commissioners Prof. Okechukwu Ibeanu, Prof. Antonia Okoosi-Simbine, Engr. Abubakar Nahuche and Mrs. May Agbamuche-Mbu. The Acting Secretary to the Commission, Barr. Okechukwu Ndeche was also there.