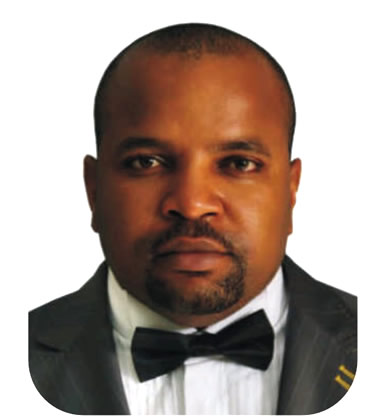 The Sabbath was made for man, and not man for the Sabbath Mark: 2v27

It is not merely of some importance but is of fundamental importance that justice should not only be done, but should manifestly and undoubtedly be seen to be done – Lord Chief Justice Hewart in R v Sussex Justices, Ex parte McCarthy

The two quotes reproduced above bear deep significance with the subject of this editorial position. The first was made by no less a person that Jesus Christ of Nazareth. It has since been modified in modern language to read “The Law was made for man and not man for the law”. The second is a timeless piece of judicial foundation which has been quoted albeit in multiple variants but still with the same sub-structure in countless jurisdictions all over the world.

Today, African leaders are angry. For the first time in a very long time, they summoned an extra-ordinary session with only one agenda on the table and that was the insistence by the International Criminal Court that Kenyan President, Uhuru Kenyata would resume his trial on November 12 despite a request from Kenyan authorities for the trial to be postponed by a year.

Last month, the African Union held a special summit in Addis-Ababa, capital of Ethiopia, its traditional headquarters to discuss its relationship with the International Criminal Court (ICC). It is worthy of note that the tribunal’s eight current investigations are all focused on Africans and countries. That was indeed cause for concern.

That is the basis of the quotes reflected at the beginning of this intervention. Why would a legal body refuse to accommodate extenuating circumstances that should ordinarily warrant a review or at best, a relaxation of its laws? Is the ICC made for man or is man made for the ICC? If the ICC is made to serve man, shouldn’t it be amenable to natural circumstances that will warrant a review of its procedures?

Secondly, with the overwhelming and infact 100% domiciliation of its current cases on Africans, for an organization that is meant to prosecute crimes against humanity the world over, is justice been done and seen to have been done at the ICC?

The ICC calls itself “an independent, permanent court that tries persons accused of the most serious crimes of international concern, namely genocide, crimes against humanity and war crimes,” and is meant to serve as a judiciary of last resort if states are unable or unwilling to handle cases on their own.

Western officials may dismiss claims that the ICC targets Africans unfairly, but ICC detractors can point to some clear evidence: The court currently has eight active investigations, which have so far brought a total of 18 prosecutions, on its docket. All of the investigations are in African countries.

Some of the African leaders that attended the extra-ordinary summit in Addis-Ababa on Oct. 11-12were quite radical with their position accusing the court of focusing specifically on Africa and proposing the idea of a mass withdrawal from the ICC. That motion failed – albeit narrowly – but summit attendees unanimously decided that no African Head of State should be tried for crimes while in office.

Kenyatta’s deputy, Vice President William Ruto, began his own trial at the ICC last month. Like President Kenyatta, he was indicted in 2011 on charges of backing militant violence in 2008.

Many African leaders are angry at the 11-year-old international court, calling it “racist” for failing to file charges against Western leaders or Western allies while prosecuting only African suspects so far.

Everyone but Africa is “exempt from accountability” at the ICC, the Kenyan president said. “We would love nothing more than to have an international forum for justice and accountability, but what choice do we have when we get only bias and race-hunting at the ICC?”Mr. Kenyatta said in a speech to the AU summit on October 11.

Instructively, the current court prosecutor, Fatou Bensouda, is herself African; she hails from Gambia. But to be fair to her, most current investigations were opened under Luis Moreno Ocampo, a native of Argentina, whose nine-year term ended in June last year.
The ICC is fully aware of these accusations, and responded promptly to various charges of bias with a statement of its own. “Decisions are taken independently on the basis of the law and the available evidence and are not based on regional or ethnic considerations,” it said.

Both Kenyatta and Ruto have argued that an obligation to travel for the tribunal will impede their abilities to govern their country, especially in the aftermath of a terrorist attack that killed at least 67 people at a popular mall in the capital city of Nairobi last month.
The ICC has acceded to a temporary request by Mr. Kenyatta for his own trial to be deferred. They have fixed February 3, 2013 for the commencement of the trial.

The world too is watching as President Kenyatta seeks to extricate himself from the dubious distinction as the first serving president to stand in The Hague’s dock. That in our opinion is an ignominy that he should be spared.

President Kenyatta has been under intense pressure from political leaders urging him not to ‘lower himself’ by standing in the dock of ‘a foreign court’. The AU has also asked Uhuru not to appear at the trial and instead wait for the Security Council to defer the cases. There is the principle of diplomatic exemption that precludes one sovereign from appearing before another. Why the ICC cannot aver its mind to that principle is beyond understanding.

Should the ICC insist on prosecuting President Kenyatta and should he refuse to appear before them while serving as President, he would most likely be slapped with a warrant of arrest like the one hanging on the neck of Sudanese President Omar Al-Bashir. This would then require that States signatory to the Rome Statute are under obligation to arrest him whenever he shows up at their entry point.

It is our position that there is need for the ICC to carry out an introspection and review its suspect-identification modalities. All the bad guys cannot be in Africa alone. The moment people do not see justice to have been done, then the ICC has lost its essence.