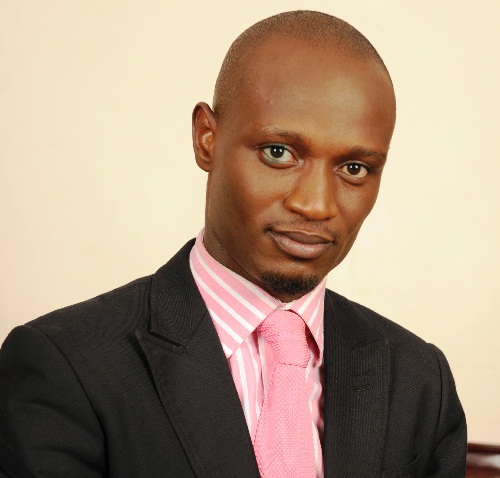 Africa’s economic growth outlook has come into sharp focus recently. Some analysts have argued that claims about “Africa Rising” are a myth. Others argue that Africa’s growth is underestimated. These contrasting views, however, pay little attention to major trends that are shaping the continent: deepening regional integration; shifting trade relations; and the rise of technocratic presidencies.

African economies are generally viewed as being too dependent on global trends. Their fortunes are expected to change quickly depending on what happens in the world economy, which experienced remarkable upheavals last year. More significantly, the political drama surrounding the eurozone crisis was expected to affect African economies quite dramatically.

This did not happen. The continent recorded modest decline in growth but still grew at 5% per year. This is a result of domestic growth that is not related to global trends. A closer scrutiny of the dynamics of Africa’s economic growth reveals a continent that is increasingly focusing on internal and regional trade.

Countries such as Tanzania, for example, have registered increases in trade with neighbouring countries which its overall international trade has stagnated.

These trends are likely to continue for a variety of reasons. First, African countries are significantly increasing investment in infrastructure. By doing so they are laying solid foundations for long-term economic growth. Countries such as Ethiopia are now devoting up to 10% of their GDP to infrastructure and the impacts of such investments are showing up in sustained economic growth. Other countries such as South Africa have launched massive infrastructure funds (amounting to $97 billion over the next four years). Second, African countries are increasing their efforts to promote regional trade.

This process is part of a long-term vision by African leaders to foster economic integration and use Africa’s resources to promote the continent’s prosperity. This vision, articulated by the African Union, is being championed by regional integration bodies such as the East African Community and the Common Market for Eastern and Southern Africa (COMESA).

Indeed, COMESA has launched a new effort to promote business development through small and medium-sized enterprises. Efforts to promote economic growth through regional integration will continue to dominate the agenda of African leaders for decades to come.
The election season in the United States and the eurozone crisis in 2012 raised important challenges for relations with Africa. The continent hardly featured as a theme in the US elections, although this was not unexpected given the domestic nature of the campaign. Indeed, trade relations between the United States and Africa remain remarkably low despite efforts to improve.

There were, however, great fears that the eurozone crisis would have far-reaching impacts on economic relations between Europe and Africa. This is mainly because many African countries still rely on export of raw materials to Europe for their foreign exchange earnings. The impact of the crisis, however, has been minimal. This has also happened at a time when traditional development cooperation relations are under severe strain. In effect, Europe’s diplomatic relations with Africa are undergoing dramatic change as a result of changes in global trade shifts.

Probably the most significant event in Africa’s international trade relations in 2012 was when China overtook the United States as Africa’s top trading partner. There are nearly 2,000 Chinese firms operating in Africa in agriculture, telecommunications, energy, mining, manufacturing, banking, catering, and other services.

This change will significantly influence Africa’s trading relations in an irreversible way. Recent events in Rwanda illustrate this point. The United States and European countries have recently cut their aid to Rwanda because of alleged support for armed rebels in the Democratic Republic of the Congo.

Following the cut in funding, China filled the gap by signing a loan agreement with Rwanda worth $35 million. The amount of money involved is less important than the illustrative diplomatic implications of shifting economic relations between Africa and the rest of the world. This shift is not just related to China but indicates the rise of a new world order shaped by emerging economies.
The rise of technocratic leaders in Africa stands out as one of the most significant recent events. In 2012 six African countries (Tunisia, Egypt, Ethiopia, Somalia, Angola, and Senegal) elected engineers as heads of state or government. Other countries such as Nigeria, Eritrea, and Niger are headed by scientists or engineers. The African Union elected a medical doctor as its new chairperson.

This shift in the character of leadership is not accidental but an indication of emerging emphasis on improving economic management. Africa’s leaders have been the subject of extensive scrutiny during the last decade as the continent muddled its way through democratic transition.

Two decades ago much of Africa was ruled by autocrats with little economic vision and limited managerial expertise. To improve governance, Africa embarked on a long path of democratic change with significant emphasis on expanding liberties. Most African leaders in office today have been elected through multiparty elections.

The rise in technocratic leadership in Africa is directly related to the emphasis that the continent is placing on economic transformation. But more important, there is growing preference for blending democratic change with managerial competence in running public affairs. This suggests a different type of governance system that combines western party politics and eastern technocracy. It would appear from these nascent trends that Africa is starting to shape its economic future by borrowing ideas from around the world and adapting them to local needs. Interest in technocratic governance of economic affairs is also being reflected in decisions of African leaders at other levels.

In 2012 the African Union appointed a High-Level Panel on Science, Technology and Innovation. The panel will present its report to the African Union in 2014. Also in 2012 COMESA created an Innovation Council to advise its 19-member trading bloc on how to strengthen the role of innovation in economic growth.

These trends suggest that Africa is setting out on a unique growth path that reflects the continent’s historical and economic circumstances. By deepening regional integration, broadening diplomatic engagement and strengthening competence in governance, the continent will gradually emerge as a serious player on the global economic scene.