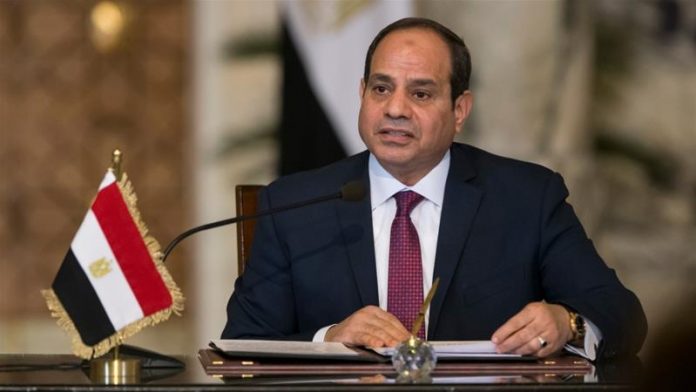 The president of Egypt is set to visit Belarus in the first half of 2019, Speaker of the House of Representatives Ali Abdel Aal Sayed said as he met with Belarus President Alexander Lukashenko on 15 November, BelTA has learned.

The distinguished guest stressed Egypt’s interest in expanding contacts with Belarus, which will be facilitated by the upcoming visit at the supreme level. Ali Abdel Aal Sayed conveyed the kindest greetings from Egypt President Abdel Fattah el-Sisi to Alexander Lukashenko.

The speaker of the House of Representatives praised the results of Alexander Lukashenko’s visit to Egypt in 2017, which helped intensify bilateral relations in both the political and economic sectors. He stressed close and effective cooperation between Belarus and Egypt in international organizations.

This is the first visit of the speaker of the House of Representatives of Egypt to Minsk in the history of the Belarusian-Egyptian inter-parliamentary contacts. Belarus and Egypt are implementing a comprehensive program on cooperation for 2018-2019. In 2017, mutual trade amounted to $97.4 million, which was significantly higher than in 2016.

In January-September 2019, the bilateral trade increased to $79 million, with Belarus demonstrating trade surplus. A representative office of MAZ and MTZ Trading House operate in Egypt. This year Minsk Automobile Plant has opened its assembly plant in the country.
Amkodor, Gomselmash, and Bobruiskagromash started selling their products on the Egyptian market. In Belarus there are four enterprises with 100% Egyptian capital and two joint Belarusian-Egyptian enterprises.