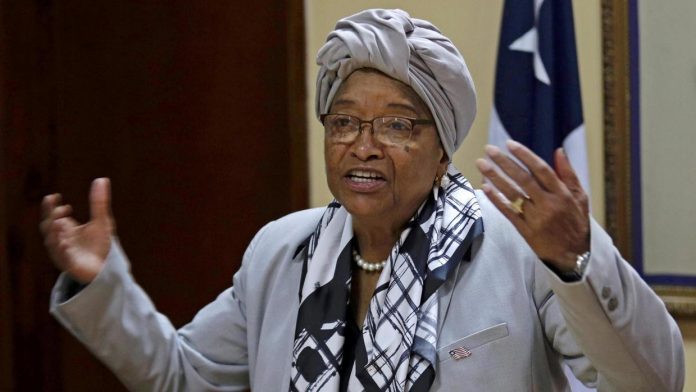 Africa’s first elected female president, noble peace prize winner and recipient of the African Leadership Award, Ellen Johnson Sirleaf, who led Liberia for 12 years including during the outbreak of Ebola epidemic that killed over 1,500 people in her country Liberia, in 2014-17, raises her voice over the onslaught of #COVID19.

Dear fellow citizens of the world,

On 19 October 2014, at the height of the deadly Ebola outbreak in West Africa, when 2,000 of my citizens had already perished and infections were growing exponentially, I wrote a letter to the world pleading for the mobilisation of personnel and resources.

I demanded a show of global unity to avert what we feared would be a worldwide pandemic.

Today, I take this opportunity to raise my voice in a message of solidarity.

Almost six years ago, I explained how Liberia’s post-conflict economy, and its fragile healthcare system, made it vulnerable to the rapid spread of disease, and I contended that how the world responded to the localised crisis in West Africa, would define our collective healthcare security.

I argued that an uncontrolled contagion, no matter where in the world, and no matter how localised, is a threat to all of humanity.

The world responded positively. And did so boldly.

A mass mobilization of resources led by the UN, the World Health Organization, and the US followed. We defeated it together. As a result, today there are effective experimental vaccines and antivirals thanks to the collaboration of the best scientific minds around the world.

In the face of the coronavirus outbreak, I am making a similar plea to my fellow world citizens. I do this with an acute awareness that while African nations have so far been spared the worst, it is only a matter of time until it batters the continent which is the least prepared to fight it.

We must act to slow down, break the chain of transmission, and flatten the curve.

It is clear that lapses were made in the initial response to the virus, from Asia to Europe, to the Americas.

Cues were missed. Time was wasted.

Information was hidden, minimised, and manipulated. Trust was broken.

‘I made the same mistakes’

Fear drove people to run, to hide, to hoard to protect their own, when the only solution is, and remains based in the community.

I know this. I made all of those missteps in 2014, and so did the world’s responders. But we self-corrected, and we did it together.

We are at a critical juncture as borders are closing around the world to slow the rate of transmission.

Let us not take the wrong cue from this. It does not mean that we are on our own, every country for themselves. On the contrary, it is the sign of a communal response, that border closures make a difference.

Watching from my home in Monrovia, what most encourages today, is the opening up of expertise and the fact that knowledge, scientific discovery, equipment, medicines and personnel are being shared.

It is happening within nations, and increasingly across international borders; an indispensable, albeit delayed reaction, that every person, in every nation, needs to do their part.

This realisation led to our turning point of disease control in West Africa.

In Liberia, we emerged resilient from the Ebola epidemic, and stronger as a society, with health protocols in place that are enabling us to manage the COVID-19 disease.

I fervently believe this is the path we are all on.

I have full faith in the relentless spirit of the individual, a conviction that leaders emerge in times of crisis at every level of society, and that our religious and communal differences pale in comparison to our collective belief in the power of prayer, and our respective faith in God.

As we all hunker down in the next few weeks, I pray for the health and well-being of our global citizens, and I ask that everyone remember that our humanity now relies on the essential truth that a life well-lived is a life in the service to others.

Ellen Johnson Sirleaf, Liberia’s former president and a Nobel Peace Laureate shared these thought at the early hours of the day, when asked by BBC on her reflections on the current coronavirus crisis.