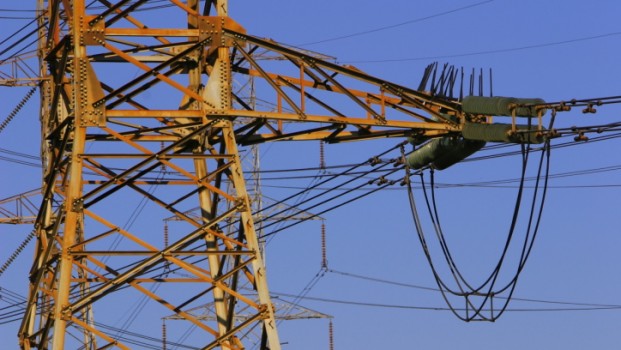 Sub-Saharan Africa —home to six out of 10 of the fastest growing economies in the world – is challenged to maintain the impressive growth rates of close to 5 percent because it requires reliable and sustainable energy. Yet the power infrastructure remains inadequate.

“The problem of inadequate electricity supply is multifaceted: it includes a lack of generating capacity, rundown existing stock and limited transmission and distribution infrastructure,” according to the International Energy Agency’s Oct. 13 Africa Energy Outlook report.

According to the report, half of the current grid-based power is located in just one country: South Africa.

“So, in conversations with the major vendors of infrastructure, they say that they focus primarily on that southern African area because that’s where the business is,” James McCray, senior research analyst with Navigant Research told AFKInsider. “The business everywhere else is incredibly lumpy and political.”

The International Energy Agency report estimates that more than 620 million people in sub-Saharan Africa are living without access to electricity, with nearly 80 percent in rural areas.

In West Africa, electricity access ranges from below 20 percent in Liberia, Sierra Leone, Niger and Burkina Faso to more than 70 percent in Ghana. Central Africa ranges are relatively high, 66 percent in Equatorial Guinea, Gabon (60 percent) and Cameroon (54 percent) to less than 3 percent in Central African Republic, 4 percent in Chad and DR Congo at 9 percent – “even though it has very large hydropower potential,” notes the report.

Even in the largest economy of Nigeria, 55 percent of the population — 90 million people — does not have grid access.

According to the International Energy Agency report, “[On average] 4.9 percent of annual sales are estimated to be lost due to electrical outages, with very high losses reported in the Central African Republic and Nigeria.” This unreliable power supply has resulted in large-scale use of costly back‑up generators, which means increased costs for businesses for generator fuel — estimated to have been at least $5 billion in 2012.

“On a more positive note, about 145 million people gained access to electricity since 2000, led by Nigeria, Ethiopia, South Africa, Ghana, Cameroon and Mozambique. Overall, the electricity access rate for sub-Saharan Africa has improved from 23 percent in 2000 to 32 percent in 2012,” notes the International Energy Agency.

“The thing that I thought was very interesting – I looked at country after country kind of going through the middle – and there would be hardly any transmission grid at all,” McCray told AFKInsider.

Where there is a power grid infrastructure, it is old and underdeveloped from decades of underinvestment. And a lot of power is unaccounted for.

“The big issue with a lot of these countries in Africa is just a failure to collect money from utility customers. So, there’s a lot of power that’s being created but not being paid for,” Ben Gardner, president of Washington, D.C.-based market intelligence firm Northeast Group, told AFKInsider.

Gardner notes electric metering is critical for the future of Africa’s electric utilities.

“By not collecting revenue from electricity customers, you have no money to invest in the network and so the network maintenance lags and you fail to spend money to expand the networks. So basically, you just get into a vicious cycle where by the reliability goes down hill and the problems get worse,” Gardner added.

Globally, sub-Saharan Africa’s electricity metering market will see the fastest growth at 234 percent adding over 63 million meters by 2024 worth $9.9 billion, predicts a report from Northeast Group. According to Gardner, a big part of that market will be what South Africa has been doing for years: pre-paid electric meters that work like pre-paid cell phones.

Renewables are expected to “make up 44 percent of sub-Saharan Africa’s power generation capacity by 2040, more than double the share of today,” according to the International Energy Agency. But solar and wind energy sources provide fluctuating energy supplies that may or may not match peak energy demand times. This combination of variable energy supply and long distance transmission from remote areas makes it harder to balance energy on the grid.

“The intermittency of those resources is an issue,” Gardner told AFKInsider. He says a lot of countries deal with the intermittency by using “quick-start” power plants that run on either oil, diesel or natural gas.

“But those are incredibly expensive to build and they only run – in some cases – for as little as a few hours a year because they’re only called upon when there’s a real gap in supply and demand,” Gardner said.

“If you’re increasing the penetration of renewable resources, another way to deal with it is to use smart infrastructure or ‘smart grid’ technology primarily through demand-response mechanisms,” says Gardner. “So you can do a ‘demand-response,’ which is enabled by smart meters and smart grid components to reduce the demand or shift demand away from peak times.”

In fact, lacking any grid at all can be an advantage for those African regions building up infrastructure from scratch.

“I think what we’re seeing is that the system planners and network designers – if they’ve got a blank slate and are putting in a new grid – they’re doing close to state-of-the-art with digital controls and devices for power factor correction, and things that we’re not done with kind of a bare, basic system,” McCray told AFKInsider.

Africa has been investing 4 percent of its GDP in infrastructure, compared to China’s 14 percent. The International Energy Agency report notes that certain actions could boost the sub-Saharan economy by a further 30 percent in 2040, including an additional $450 billion in power sector investment and deeper cross-border cooperation on large-scale generation and transmission projects.

“Bringing the electrification rate in sub-Saharan Africa up from 32 percent today to 70 percent in 2040 is estimated to cost around $205 billion in capital investment, less than one-fifth of total power sector investment in the region,” according to the report, which notes averaged over the projection period, “this amounts to capital investment in energy access of around $7.5 billion per year.”

The Agency predicts annual transmission and distribution investments could increase about nine-times today’s level by 2040 with investment “concentrated in expansion rather than replacement” by increasing with the length of transmission lines more than five-fold and distribution lines more than three-fold — “a large expansion, but still short of the ultimate requirements.”

“By sub-region, the largest share goes to West Africa, with $75 billion over the projection period (60 percent of which is in Nigeria). Southern Africa follows with around $65 billion, East Africa with $50 billion and Central Africa with $15 billion,” the report estimates.

But in a globally competitive private investment market, Africa must deal with the perception that infrastructure projects are high risk.

According to the International Energy Agency report, “Grid extensions are set to remain largely within the domain of the public authorities and utilities, relying on a combination of self-financing from within the power sector, government budgetary allocations and funding from international donors.”

That means substantial private investment is needed to fill the gap between the government and donors’ wherewithal.

“Achieving this level of investment will require not only steady improvements in the investment conditions for electricity access-related projects, but also rapidly improving capacity and effective coordination among the various actors involved,” notes the report.

The United States already supports such projects through the U.S. Export-Import Bank, U.S. Trade and Development Agency, Millennium Challenge Corporation, as well as the World Bank which committed $5 billion in new support for energy projects during the U.S.-Africa Summit in August.

The EU-Africa Infrastructure Trust Fund is providing $500 million for sustainable energy projects that is expected to catalyze private investments of up to $10 billion.

And the new $2 billion Africa Growing Together Fund through the African Development Bank is being financed by China.

In fact, it is estimated that 30 percent of all new projects in Africa result from Chinese investment.

According to the International Energy Agency report, “nearly $10 billion is estimated to have flowed from China into the sub-Saharan energy sector from 2005-2011,” which is nearly double what the European Union and several times what the United States spent over the same period. Angola, Ethiopia, Zimbabwe, South Africa and Nigeria received the greatest Chinese support.

While economy-of-scale raises the attractiveness to investors of large infrastructure projects, the fundamental market driver is getting power to sub-Saharan Africans where it is needed most.

The second-fastest growing region of East Africa has a transmission and distribution industry filled with potential and is ripe for investment, according to a September Frost & Sullivan report on the East African Transmission and Distribution Industry, which notes the “steady growth of the industrial sector in Kenya, Tanzania and Uganda is expected to continue attracting increasing foreign direct investment.”

“Obviously, you need a really firm grasp of the regulations because [companies] are not going to make investments unless they have regulatory certainty; so they know they’re going to get cost recovery for those investments,” Gardner told AFKInsider.

McCray says what he tells new companies looking at the Africa infrastructure market is that the big companies “think about Africa in terms of real opportunities where there’s funding and reasonable expectations of completion,” especially where there is a long-term plan in place that “at least gives you a way to look at how the market might evolve.”

The October International Energy Agency report concludes: “For the moment, the bottlenecks holding back an increase in investment appear to arise more from considerations of policy and project preparation, rather than financing. But if policy and capacity constraints are eased and investment projects are proposed at the rate projected in the New Policies Scenario, then the limitations of the region’s financial systems may become much more pertinent.”