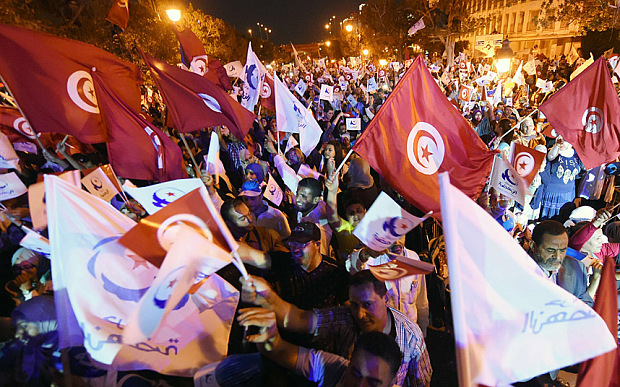 Tunisians head to the polls on Sunday for a historic parliamentary vote that will push the country further along the path to democracy than any of its Arab Spring counterparts.

Nestled at the northern tip of a region engulfed in turmoil, Tunisia stands out as a rare success story of the Arab revolutions. Its Islamist-led government has withstood repeated political crises, learning from the experiences of Egypt, Turkey and Libya.

Yet the country is not immune from political dynamics that have roiled the wider region. Domestic religious extremism is on the increase, and Sunday’s election pits the Islamist Ennahda party against old regime figures who have chosen the secularist Nidaa Tounes party as their vehicle for a political comeback.

The vote takes place among tightened security as government officials warn that terrorists will seek to disrupt the vote. Tunisian authorities stormed the home of suspected militants to end a 24-hour standoff on Friday, leaving five women and one man dead in a suburb of the capital Tunis.

Dramatic televised images of the siege underlined the depth of security challenges facing Tunisia’s next government. The country has contributed more foreign fighters to the civil war in Syria than any other nation.

Ennahda has presented itself as a foil to extremist groups across the Middle East and North Africa, even as opposition critics say the party has not done enough to tackle the problem at home.

“Our vision is an antidote to Isil,” says Rafik Abdelssalam, a senior party advisor and former foreign minister. “Ennahda’s worldview is based on the compatibility of religion and democracy.”

Nidaa Tounes is hoping that a robust share of Sunday’s vote will prove its coalition of secularist forces remains politically viable, despite internal divisions.

Voters will elect a 217-member assembly to replace a caretaker government installed earlier this year. Presidential elections will follow next month.

A coalition government is likely, and probably necessary. After four years in which Tunisia’s sclerotic economy and repressive security apparatus have gone unreformed, voter apathy is on the increase. The new government will be required to make tough decisions.

At Ennahda’s final election rally on Friday night, many voters said they would keep the faith for another term. “They’re survivors, and they’ve saved us from going the same way as Egypt or Libya,” said Hamdi Abdelazzezeq, an electrician from the neighbourhood where security forces had raided the alleged militant safe-house earlier in the day.

Unlike Egypt’s Muslim Brotherhood, which was toppled from power after a military coup last year, Ennahda has survived by opting for compromise over confrontation. “You need to share power to succeed in Tunisia today,” says Mr Abdessalem.

Last year, the assassination of two leftist opposition politicians and a broader political crisis threatened a breakdown in Tunisia’s transition, forcing Ennahda into a national dialogue with opposition parties. It agreed to hand over power to a neutral technocratic government in early 2014.

“This inclusivity has been key,” says Monica Marks, an expert on Ennahda from Oxford University. “No single group has been given reason enough to topple the system, and no one feels marginalized enough that they want to sink the ship.”

But the idea of sharing power with figures from the hated Ben Ali regime hasn’t always been a popular strategy, and the organisation’s leadership has mounted a vigorous campaign to bring grassroots supporters on board.

Describing Ennahda’s governance record as incompetent, he said the party was to blame for the rise of religious extremism that has led up to 3,000 Tunisians to travel to fight with jihadists in Syria and Iraq.

Fears of domestic extremism have been fanned by an alarmist anti-terrorist discourse among Ennahda’s opponents. But despite scare-stories running near-daily in local private media, some are quick to point out that Sunday’s vote puts the problem into perspective.

“Four times as many Tunisians are running for parliament as have left to fight in Syria,” says Monica Marks. “This is a victory for Tunisia’s democratic process that some people thought we would never see.” 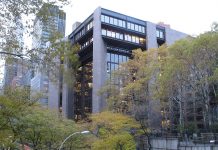