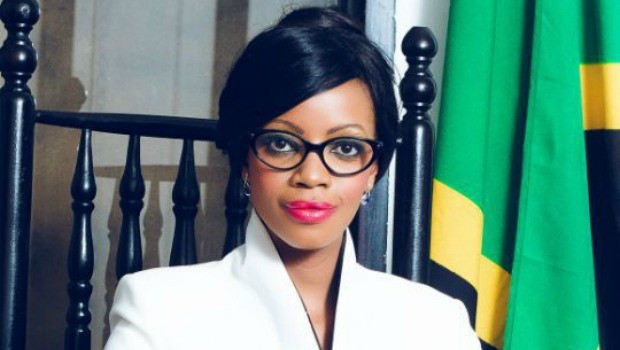 An increasing number of African women are taking the lead in the technology space, bringing with them a whole host of meaningful innovations and thought-leading ideologies that promise to impact the development of the continent; bridging the gender gap in a field that has long been dominated by men.

The mobile technology revolution offers not only a wealth of social and economic opportunities, but new fortuity to empower female entrepreneurs in Africa’s developing and emerging markets who can benefit from the ever-expanding mobile value chain.

Women entrepreneurs offer significant advantages to the field – such as blue-sky thinking and the ability to access new markets – often resulting in attainment of a senior position at a top telecommunications company in Africa, in recognition of this high level of continuous commitment and market understanding.

Research conducted by the African Development Bank (AfDB) in 2013 alluded to an increase from 10 to 30 percent in the number of women-led enterprises over the past decade. In Uganda alone, women account for at least 40 percent of businesses and, as the number of women entrepreneurs and innovators increases across all business areas, their voices can no longer be ignored.

Mwamvita Makamba, Executive Head of Pan Africa Business Development for Vodacom Business Africa and Enterprise Unit, provided Africa Outlook with her viewpoint as a woman rising to prominence in the telecoms sector, indentifying the underlying challenges on the continent that must be addressed in order to achieve a more inclusive entry into this revolutionary sector.

Africa Outlook (AfO): What would you say are the main reasons for gender inequality in Africa’s telecoms industry?

Mwamvita Makamba (MM): The challenge begins in our schools where careers in telecommunications, construction, engineering and mining are not directly offered to girls. Typically speaking, telecoms is not their first career choice; women tend to choose a career in something they are already familiar with – something that is closer to their hearts – such as nursing or teaching for example.

ICT has always been seen as a masculine job due to the physical labour involved when building telecoms towers; this is a common misconception of the entire industry, which involves so much more than this.

The issue is by no means a problem purely isolated to Africa. You can see the same challenge across the technology industry around the world – in some markets more than others – as women often take on a role that keeps them feeling closer to home.

This has since changed as technology has evolved to be much more inclusive; with the adoption of not just a mobile phone, but the introduction of financial inclusion services and other value-add applications that present huge opportunity for use by women, just as much as men.

The telecoms industry now plays an important role in the socio-economic integration into our communities, where we can now identify the high-achievers and disregard previous gender stereotypes. The solution is to come up with strategies that encourage a change in these ratios, and to inspire innovation in an industry that is currently prospering.

AfO: What have these changing attitudes and new opportunities meant for womankind?

MM: First and foremost, the technological transformation has opened a new platform for women to take an entrepreneurial stance in business. The skills needed are no longer based around the hard graft of constructing towers, but helping to innovate around products and services that add value to the end-user; beyond an offering of simply SMS and voice.

Traditionally, the lending of money between women has always been a popular trend on the continent, and the mobile phone is enhancing this trait, allowing them to become more creative and mindful of their finances in a much more secure way. As a result of this, there are now a much higher percentage of female mobile phone owners who feel empowered by the additional convenience of transferring money via mobile money applications, rather than handing over the physical cash.

From this, we learn that women use different telephony services to men, which, when translated into an opportunity for employment in the sector, demonstrates that they can bring a new way of thinking to the table.

AfO: What are some of the challenges you have personally encountered in obtaining your position in the telecoms industry, and what advice would you give to those looking for a career in the industry?

MM: The main challenge comes from the aforementioned issue: that a career in ICT is typically seen as a ‘man’s job’. Even today – after working across various positions within Vodacom Group in the past six years – I see very few women in the boardroom, but it is important for anyone in a similar position to carry the self-belief and resilience to look at the wider picture, and recognise the difference just being present can make. For instance, you might be in a position to influence the employment of more women and this decision will have a knock-on effect to increase profitability for the business you work for.

It can be a daily challenge to prove yourself, and you have to do so with as much energy and vigour as possible; remaining the perfect example of excellence through bringing your best and most innovative ideas to the fore.

Now is the time for women to join and explore the telecoms sector. Gone are the days of simply using your mobile device for voice and SMS. We need more women to aid in its transformation to revolutionise the sector, maximising convenience and even educating the public on the exciting role women can play in the industry.

AfO: To summarise then, what do you personally hope that the future holds?

MM: Given the increased uptake of mobile money services among women, the number choosing telecoms as a career path is sure to continue rising and has the potential to flip the gender ratio on its head in the long-term. The evolution of mobile telephony brings with it the realisation of the value that women can bring to the industry, and I believe gender equality will happen organically; rather than remaining largely a box-ticking necessity to comply with a company’s hiring policy. It will be about bringing in strong women who present extreme value for the business.

African women will no doubt begin to revolutionise the technology industry in Africa, filtering equal opportunities right down the value chain; demonstrating the pragmatism, confidence and capabilities to establish themselves in the world of telecommunications and empowering others to do the same. It is clear those already in the sector herald the belief that African women have a significant role to play in its economic and innovative transformation and out of this will emerge new industry thought-leaders who will be able to tell the story of their own rise to entrepreneurial prosperity.

Vodacom’s presence across 16 markets on the continent means it has significant powers to influence gender equality and therefore, we, as a Company, will have a huge role to play in the future of ensuring that the right opportunities will be provided for women in the future.