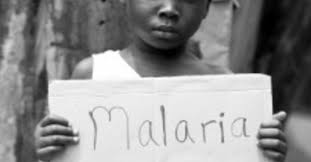 As part of efforts to achieve sustainable development goals, a new financing agreement has recently being signed between the Global Fund and the UN Development Programme (UNDP) in São Tomé and Príncipe aimed at targeting those most at risk of contracting malaria and paving the way for elimination of the disease in the country.
The $6 million grant will focus on increasing detection of malaria cases, broadening access to prevention methods like insecticide-treated bed nets and indoor spraying, and treating new cases. It will also strengthen the national epidemiological and entomological surveillance systems so that robust responses are in place when the country enters the final elimination phase of the disease.
Over the past decade, the country and its partners UNDP and the Global Fund have made remarkable progress in the fight to control malaria and stop it from spreading.
In fact, Sao Tome and Principe last month received its third Award for Excellence from the African Leaders Malaria Alliance (ALMA) for achieving the Millennium Development Goal 6 on malaria, which called for reversing the incidence of malaria and other diseases by 2015.
Jose Salema, UN Resident Coordinator in São Tomé and Príncipe said “The awards are a clear recognition of just how far the country has come in dramatically reducing malaria”.
The annual incidence of malaria in São Tomé and Príncipe, which has a population of 187,064, dropped from 33.8 per 1,000 people in 2009 to 9.7 per 1000 in 2014, according to the World Malaria Report 2014. That same year, the country reported zero malaria-related deaths.
Mamisoa Rangers, Programme Manager, UNDP Global Fund Project Support Unit in São Tomé and Príncipe also said “The new grant will provide a critical push to reach that final goal of completely eliminating the life-threatening disease over the whole country”.
The country’s momentum toward malaria elimination is of crucial importance to attaining Sustainable Development Goal 3, adopted by the international community in September 2015, which aims to “ensure healthy lives and promote well-being for all at all ages”, and specifically to end the epidemic of malaria, among other diseases, by 2030.
“The same strength that the country has used to fight malaria must now be applied to addressing TB and HIV,” says the UN’s Mr. Salema. “We look forward to the continued collaboration between the Global Fund and UNDP for even better health results in this beautiful archipelago,” he says.