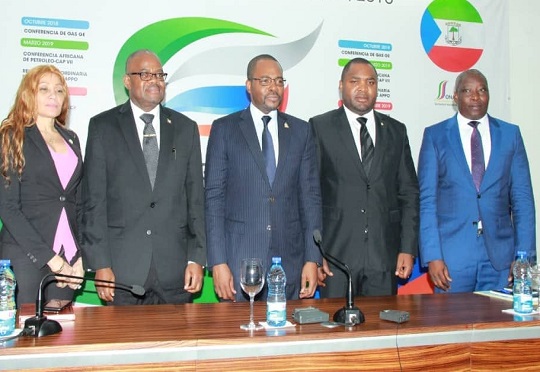 The Government of the Republic of Equatorial Guinea has launched the 2019 Year of Energy initiative, shining a light on new and innovative petroleum projects in Equatorial Guinea and assembling industry leaders at a series of energy-focused events.

The objective of The Year of Energy is to further Equatorial Guinea’s leadership role as an African energy capital, to showcase oil and gas projects, to promote its companies and accomplishments and to support the agenda of Africa’s oil and gas countries.

The initiative was opened officially in Malabo and will be followed by an international launch at the Africa Oil & Power 2018 conference on September 5 in Cape Town.

The Year of Energy is led by the Ministry of Mines and Hydrocarbons, which is working in close partnership with Africa Oil & Power, an organizer of energy and investment conferences.

“As I have said many times, Equatorial Guinea is a small country with big ambitions. With the Year of Energy we want to make a big impact in bringing together global leaders in Malabo to promote cooperation and encourage new investments,” said Minister of Mines and Hydrocarbons H.E. Gabriel Mbaga Obiang Lima. “This is our moment as a nation to show the caliber of our oil and gas projects, and to bring the industry to Malabo to celebrate the achievements of oil and gas producers all over the continent.”

Hosting the annual meetings of the African Petroleum Producers’ Organization and the Gas Exporting Countries Forum, as well as other Year of Energy gatherings, represents a continuation of Equatorial Guinea’s ambition and influence in African events. In recent years, Equatorial Guinea has emerged as an African center for sports, culture, politics and the energy industry through such prestigious functions.

Through the Year of Energy, Equatorial Guinea hopes to strengthen its relationship and build camaraderie with new and old allies.

“Equatorial Guinea has a proud and distinguished legacy in the energy industry and as a host of landmark events. Through the Year of Energy the country is again demonstrating its leadership role in bringing together Africa and the world’s energy leaders. We are proud to work with the Government of Equatorial Guinea on this exciting initiative,” said Guillaume Doane, CEO of Africa Oil & Power.