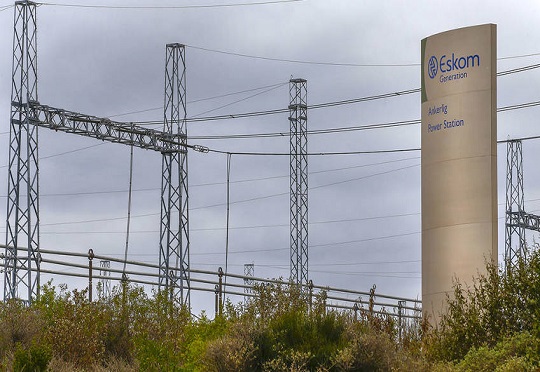 Eskom and the Agence Française de Développement (AFD) have signed a € 90 million loan agreement to support the electricity utility’s investments in extending and strengthening its power transmission grid along the west coast of South Africa.

This loan constitutes the first tranche of a R 6.5 billion (EUR 400 million) multi-tranche loan facility signed between the two institutions in March 2017.

“This first tranche will be dedicated to financing of the Namaqualand Strengthening Phase 2: Juno Gromis Project, which aims to strengthen the power network in the Northern Cape Province, integrate renewable energy sources, and ultimately facilitate cross-border transmission,” said the power utility.

“AFD remains part of a core of longstanding partners to Eskom, and we regard the signing of this loan agreement as a formal yet symbolic gesture of a sustainable partnership in aiding Eskom to enhance the security of supply, and stabilise the power systems in South Africa. We look forward to executing future opportunities with AFD,” said Hadebe.

The loan facility from AFD aims to support Eskom’s investment policy in strengthening its high-voltage electricity network in order to ensure the integration of planned or under-construction renewable energy sources.

Construction is expected to start in early 2019.

This is in line with Eskom’s Transmission Development Plan 2019-2028 (TDP) investment of R91 billion (EUR 5.5 billion) for the construction of 6 535-km of high voltage lines, and the installation of 45 900 MVA of additional transmission capacity.

The Ambassador of France to South Africa, Christophe Farnaud, said the investment will enhance the reliability and security of electricity supply, while also improving the network capacity for future load growth.

“AFD’s funding to Eskom reaffirms our commitment to support the public utility’s efforts to diversify its energy mix, which will ultimately strengthen its capacity to respond to the growing energy needs of South Africa, while addressing the climate change challenges attached to it.

“This funding also demonstrates our support to Eskom in a period of transition and recovery,” AFD’s Regional Director Bruno Deprince said.

AFD is reviewing a number of project parts in Eskom’s TDP for the subsequent tranches of the multi-tranche facility by 2020.

Eskom and AFD have been partners since 2011 and have collaborated on power transmission projects in KwaZulu-Natal, Limpopo and Eastern Cape, and the construction of the 100 MW Sere wind farm in the Western Cape among others.