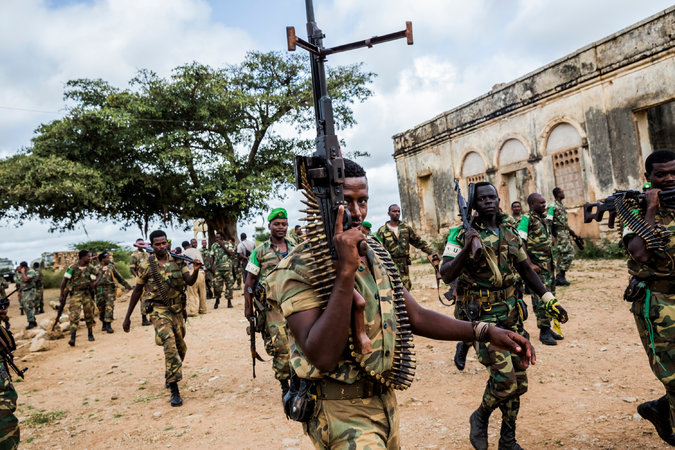 Ethiopian Prime Minister Hailemariam Desalegn has recently said that his country and Algeria will cooperate in the fight against terrorism.

The meeting which focused on boosting bilateral relations was also an opportunity for the two officials to examine regional issues of common interest.

Prime Minister Hailemariam said that Ethiopia is well placed to work in Somalia, Burundi and South Sudan to make long last peace in the Horn of Africa.

The primer also recognized the Algerian Counter-Terrorism effort in North and Maghreb regions.

The primer has expressed keen interest in cooperation with Algeria and lauded the cooperation on counter-terrorism and counterinsurgency thematic regions.

The minister on his part said that Ethiopia stands out as having been successful in fighting against terrorism in the Horn of Africa.

In his message, President Abdelaziz Bouteflika called that Algeria presented itself as an authority on fighting terrorism.

In these regard, added the president, it has been repress peaceful dissent in the region.

The Ethio-Algeria bilateral has been increased, said Burundi, The Ethiopian Embassy in Algiers will also promote the countries partnership.

Ethiopia opened its Embassy in Algiers in this fiscal year.

The Ethio-Algeria partnerships go back to 60 years. They have been agreed to reinforce their strategic relations to work together in the continental and global agendas including Science and technology, Modern farming, Aviation as well as terrorism.