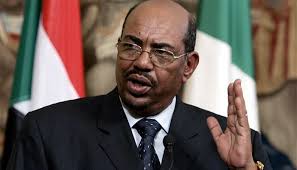 Sudan’s President Omar al-Bashir has told the BBC he will step down in 2020, when his current mandate ends. He said that his job was “exhausting” and his current term would be his last.

Mr Bashir also denied allegations of abuses perpetrated by the Sudanese forces in renewed violence against black African villages who took up arms in the country’s western Darfur region.

The president has been indicted by the International Criminal Court (ICC) on counts of genocide and war crimes.

President Bashir said that there was no reason for the UN peacekeepers and aid workers to stay in the troubled Darfur region.

He denied reports of recent abuses in the mountains of Jebel Marra where government forces launched an offensive in January.

“All these allegations are baseless, none of these reports is true,” he said.

“We challenge anyone to visit the areas recaptured by the armed forces, and find a single village that has been torched.

“In fact, there hasn’t been any aerial bombing.”

The president said that people who fled the fighting had gone to government-controlled areas which was “proof that the government does not target citizens”.

President Bashir said that UN estimates that more than 100,000 people have been displaced in Darfur since January because of the fighting were “highly inflated and not real”.

“Only a very small number of people have been displaced and they have either reached our positions or [gone to] where the UN peacekeepers [Unamid] are deployed.

The president said that UN forces and Unamid “have no vital role to play” in Darfur, “not even in defending themselves and their units”.

“As peace has returned to Darfur, I think that they have no role to undertake and that’s why we want them to leave.”

Likewise he said there was no role in the region for aid workers because there is no food crisis in Darfur.

He said that estimates that 2.5 million people were living in camps in Darfur were “much too inflated” and the true figure is closer to 160,000.

The president dismissed the ICC as a “politicised tribunal” and that evidence of his popularity in Sudan could clearly be seen by the huge crowds that greet him.

“These are the same crowds I’m accused of having committed genocide and ethnic cleansing against. This is why I’ve defied the tribunal, and [why] I’ve been traveling freely around the world.”