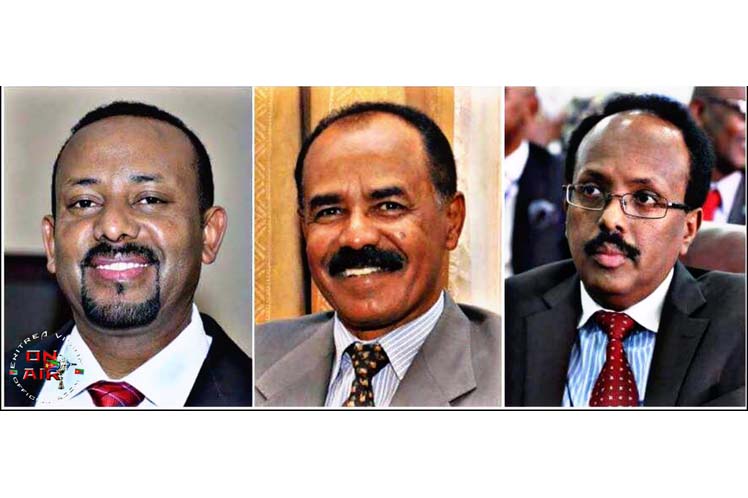 Ethiopia, Eritrea and Somalia are committed to enhancing peace and integration strategies in the African Horn.

The issue arose as a result of a meeting in Asmara between the Ethiopian Prime Minister, Abiy Ahmed; with the presidents of Eritrea and Somalia Isaias Afwerki and Mohammed Abdullahi Mohamed, respectively, the Ethiopian Ministry of Foreign Affairs announced Wednesday.

According to Ahmed, the diplomatic thaw in the region is key to improving social indicators and taking the economy of the three nations to a new and better dimension.

The normalization of Ethio-Eritrean relations comes within that context; now it is necessary to work to overcome the differences between the other members of the community, the leader said.

The Prime Minister arrived in Eritrea for a two-day working visit, during which he will hold ‘extensive discussions’ to follow up on an agreement signed in July, according to a statement by the Foreign Ministry.

Fana Broadcasting Corporate reported that Ahmed visited the port of Assab, in order to evaluate the possibilities of using the maritime enclave, a central point of the signed reconciliation agreement.