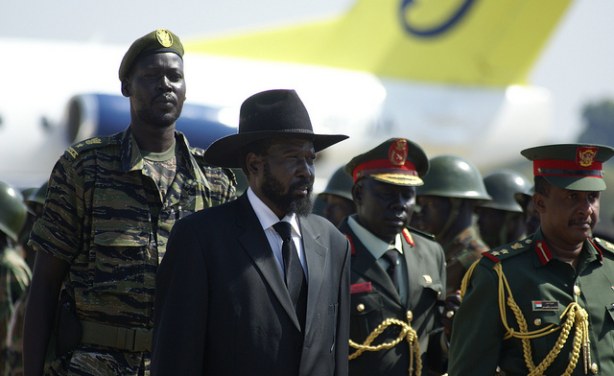 The EU today imposed sanctions against two individuals it said were “obstructing the South Sudanese peace process and responsible for atrocities,” as part of wider EU efforts to stop violence and avoid further instability in the region.

The EU failed to mention the names of the two individuals who its statement said were “responsible for violating the ceasefire agreement.” However, it says they will be targeted with a travel ban and a freeze of their assets in the European Union. At the same time, “an existing arms embargo against South Sudan will remain in place.”

The EU further said the legal acts, including the details of those subject to sanctions, will be published in tomorrow’s edition of the EU Official Journal. The measures will enter into force at the same time. It is expected that the two names will be revealed in this Official Journal.

The EU said the warring parties have so far failed to make any significant progress in the IGAD-mediated peace talks. “Commanders and political leaders continue to obstruct the peace process,” it says, adding perpetrators of gross human rights violations are enjoying impunity. It is unacceptable that the cessation of hostilities agreements signed on 23 January and reconfirmed on 9 May continue to be breached.

“It is now time for the South Sudanese leaders to rise to the challenge and start negotiating in good faith towards a peaceful, equitable and sustainable solution.” Full implementation of the ceasefire agreement and the rapid resumption of talks leading to the formation of a transitional Government of national unity is the only way the South Sudanese people can be spared from further violence and famine and begin to recover from the violence and desperation of recent months, according to the EU.