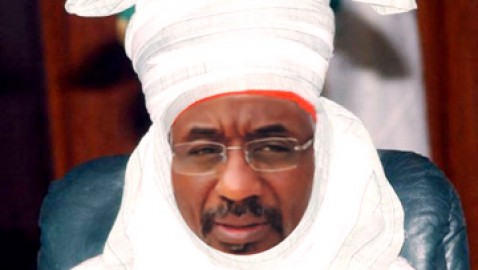 The immediate past governor of Nigeria’s Central Bank, Lamido Sanusi, has been named the new emir of the powerful Kano emirate, to succeed late Ado Bayero

Mr. Sanusi’s appointment was announced Sunday by the the secretary to the Kano state government, Suleiman Bichi.

The announcement followed the recommendation of the four members of the Kingmaker council who nominated the new emir to the governor.

Sanusi Lamido Sanusi was born in Kano Northern Nigeria, on July 31, 1961. He obtained degrees in Economics and Islamic Law from the Ahmadu Bello University, Zaria and the International University of Africa, Khartoum.

After teaching economics for two years at the Ahmadu Bello University, he started a banking career in 1985 with Icon Limited (Merchant Bankers) and later worked with the United Bank for Africa Plc and First Bank of Nigeria Plc.

However, it was in the field of Risk Management that he earned his professional reputation, having distinguished himself as the Chief Risk Officer in the two largest banks in the Country, UBA Plc and FBN Plc.

He rose to the position of Group Managing Director/Chief Executive officer of First Bank Plc, the largest bank in the country in January, 2009 and was appointed the 10th Governor of the Central Bank of Nigeria (CBN) in June, 2009.

He was however, suspended from office by President Goodluck Jonathan on 20 February 2014 accused of “financial recklessness”.