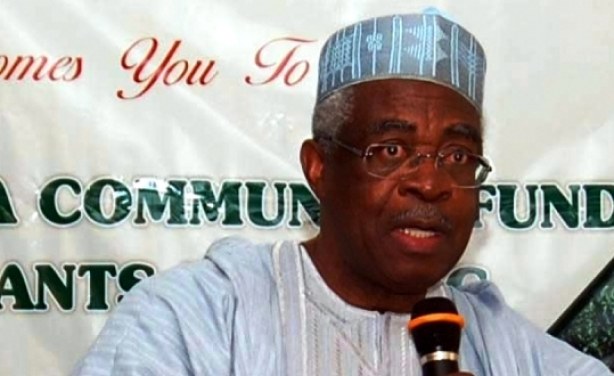 With Nigeria’s growing insurgency making local and international headlines, a pioneering philanthropic organization is quietly making headway in some of the areas most affected by poverty and conflict.

Before the TY Danjuma Foundation (TYDF) was launched in 2009, Nigerians who contributed to social causes generally made personal gifts to efforts of their choice. Program Manager Margaret Ya’u says the foundation has changed that dynamic by becoming the country’s first major institutional philanthropy – and has developed an unusual approach to addressing community needs.

“We’ve realized that no matter what intervention you do,” she said in an interview in the foundation’s Abuja headquarters, “it has to be a holistic approach.” It’s not enough to build a school in an area that has never had one, she said.

“For example”, she said, one of the best projects we have is in Bauchi [state]”, where TYDF built a school – “the best structure in the community.” The foundation worked with a local organization, the Fahimta Women and Youth Development Initiative, to construct not only classroom buildings but also housing for teachers. TYDF also provided instructional materials and recreational facilities.

Other construction provided separate toilets for boys and girls – a rare amenity, requested by Fahimta founder Hajiya Maryam Garba, which dramatically increases the number of girls attending school. Recently four girls became the first in the village to make the transition from primary to secondary school.

“The children were so excited about being in school, Ya’u said. “They thought they had the whole world. But we found there was something missing.”

Dr. Ifeanyi Nsofor, a manager of the health improvement consultancy EpiAfric, was until recently TYDF’s senior program officer for the community health program. It became clear, he said, that the children were undernourished and unable to focus on their lessons.

The foundation’s response was to provide funds for nutritional supplementation while establishing a scheme for a school feeding programme. “Even if the children don’t have enough to eat,” Nsofor said, “Vitamin A is an effective, immediate intervention.” Lack of it causes childhood blindness and vulnerability to deadly infections such as malaria.

In Taraba state, said Nsofor, TYDF began to work with local government authorities to offer classes in how to use available food sources to reduce undernutrition – and to use the occasion to provide medical care.

“As a foundation, when we get such an opportunity, we find a way of improving what the grantee is doing – so we encourage Vitamin A supplementation. But we also provide measles vaccination, because it was a chance to get so many women together at the same time with their children.”

“This is what we mean by holistic,” said Ya’u. “The rural village in Bauchi had never seen a school, never seen a clinic, never seen potable water. We looked at all these problems, and we became a catalyst for solving them. We target the whole person.”

It helped, Nsofor said, that “the community was yearning for education.” Before Fahimta secured the TYDF grant, a local man with barely an elementary education himself was already teaching classes under a tree. “With perfect gender balance!,” said Nsofor. “Fifty-one boys and 49 girls.”

“And in an area where girls traditionally don’t go to school,” added Ya’u. “We know what has been happening in this country in the area of providing services to rural people.”

But when the new structures were built, TYDF staff escorted area government officials to visit. “Their eyes popped!” said Ya’u. “And now they have sunk a borehole (water well) for the school and are providing teachers.”

TYDF works through local organizations whose staff are intimately familiar with the situations in which they work and has established community funds in two states to facilitate that process. The foundation’s communications director James Nyam Gala, said the funds in Taraba and Edo states have brought grantmaking closer to the grantees, who “have better knowledge of the environment and terrain where the

project are executed. These translate to value for money on projects and rapid impact of projects in often hard-to-reach areas.”

Occasionally TYDF partners with larger entities, such as the international organization Riders for Health, which provides motorcycles and both mechanical and medical training for community health workers who can reach rural areas inaccessible to larger vehicles. And TYDF cooperated with government, where possible, to provide the numerous elements necessary for a school’s success.

The founder, retired Lt. General T.Y. Danjuma, announced that he endowed the foundation with a substantial part of the funds he got from selling an oil-producing property given to him by a former government. The foundation’s three areas of concentration are community health, education and income generation.

It trains mostly young people – many of them disabled – to start small businesses. And in line with its holistic philosophy, it also sets them up with tools of the trade – sewing machines for tailors, computers for technicians, along with generators to power them, because despite Nigeria’s oil wealth, most people have no access to electricity.

The health projects may be closest to Danjuma’s heart, say his associates. Over seven million people have been treated for neglected tropical diseases. Over 40 primary health centres have been rehabilitated, and 28 thousand young people have had sexual/reproductive health and HIV-prevention education, while over a thousand health workers have had additional skills training. The number of people receiving free surgery is approaching 50 thousand, and a similar number have had free eye care, often cataract removal.

“When someone comes who has been blind from cataracts for 10 years, that’s a quick impact,” said Nsofor. “You’ve changed a person’s life and had a social and economic effect.”

TYDF staff say that seeing the results of their grantees’ work fuels their own dedication. When disabled young people, newly trained as tailors, received wheelchairs so they no longer had to walk on their hands and knees, “They wept”, said Ya’u.

But TYDF is not relying on the fervent testimonies of its beneficiaries, moving as they often are, to rate itself. It is bringing in independent evaluators. “As a foundation that believes in ethical ways of doing things,” said Nsofor, “we insist that we have third parties evaluate so we don’t influence the process – someone who looks at the work from a different perspective, and we learn from that.”

“It’s not enough to say we have a school there, a clinic here,” agreed Ya’u. “It’s what they accomplish that counts. Do they teach? Do they heal? The foundation is a young baby, and we have to see that it grows well.”